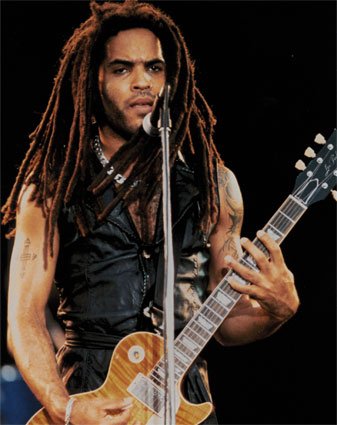 His upcoming album is titled, “It Is Time for a Love Revolution,” with songs including “Love Love Love” and “Will You Marry Me.”. But his romantic side is a bit more mature and he said the album focuses on many aspects of love, and not just romantic love.

“There are spiritual love songs, and social love songs, political, sad, happy and everything in between – it’s about a lot of things,” the 43-year-old rocker said of the album, due out in February. “I really do believe in the power in love, and I believe in God’s power, and I believe in our ability to learn to deal with each other. And those are the things that I think about.” He probably is in the love and peace mood since he is relaxing in the brasilian mountains.

“I’m not in Rio – I’m in the mountains with parrots and monkeys and waterfalls. It’s really about looking inward. You become very introspective here. You have the atmosphere in which to hear yourself,” he told The Associated Press in a phone interview. “I think that as I’ve grown, I’ve become more comfortable with myself. … What I have to do is be myself, and grow, that’s what I want to do.”. He has stated his feelings about the state of the world more than once. He thinks that it is very sad and there is a need for a kind of growth is necessary to improve the state of the world.

He is probably going to keep his private life to himself. He has declined to talk about his rumoured brief engagement to Nicole Kidman. “I keep that to myself. I feel like that is private and it’s between the two of us, so I just leave it there.”. He also said that his 18-year-old daughter is the highlight of everything. But fans and not only await the album released by the Grammy Award winner for Best Male Rock Vocal Performance four years in a row 1998 to 2002 which promises to be huge.