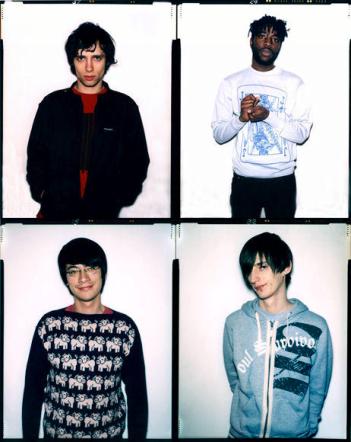 The good thing is that their site has individual blogs from Kele Okereke, Matt Tong, Russell Lissack and Gordon Moakes; the four members of the band. The bad thing is that you can learn little about the band’s activities during 2007 because, of the four, only Moakes has updated his diary since summer 2006.

That does not mean that things are not going the good way for the band. Since they made it big with their 2005 debut called “Silent Alarm” they released a long-anticipated followup and they are now in a non-stop voyage around the world that will bring the band in Ottawa for the first time Sunday.

The band members did not talk a great deal about the site but they did talk about other things. “We were well aware of the so-called sophomore slump that seems to affect so many bands, but you can’t do anything about it,” Tong says. “You’re never going to be blessed with the kind of hype there was surrounding you when you first came out. “We were thankful so many people were excited about hearing new stuff. We thought the rest would look after itself.”. Their album is nicely received.

Their live shows have a fiery set and they are famous around the world. They have also talked about their recent [tag]Live Earth[/tag] performance where the incident that supposedly witnessed security personnel forbid Madonna from greeting the band backstage happened.”Yeah, well, we might have bent the truth a little bit about that,” Tong now admits. They also said that such things happen due to the fact that people do not know the truth and what they are doing. But an update written constantly could take care of that.