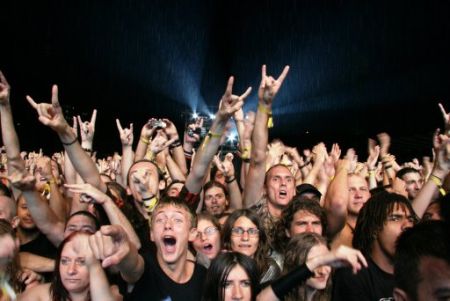 Wednesday, 23 July, I had the luck of being at a Metallica concert, in Bucharest, at Cotroceni stadium. Living not that far from it and knowing the city pretty much, I arrived early in the morning to check some parts of the city. Some good and bad news came up from then: some parts of the city looked great, with amazing architecture, while some were in very bad shape. The traffic was almost really stuck and since I don’t have a car, I use a subway. There, much to my surprise and pleasure, I noticed in every subway station at least one group with Metallica shirts. The horsemen were drawing nearer. 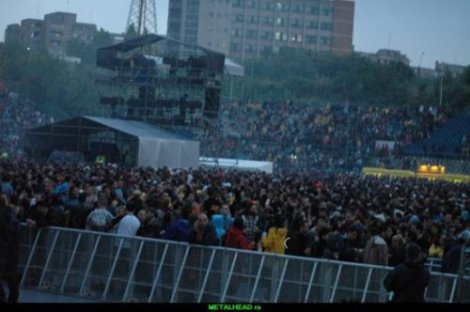 As evening approached, the weather was getting pretty bad and it started to rain heavily. By the time I arrived at the stadium, I was pretty wet; and it was only the beginning. The line was huge, but it moved very fast, a sign of good organization. As I entered at about 6 pm local time, it was almost packed and the lines for the beer were huge too, but they were moving fast. So after making some supplies and finishing them, the opening act was already warming up. The Sword started suddenly, creating a bit of confusion within the crowd, and perhaps they were unlucky; they could have been quite interesting because they didn’t sound bad, but they made no attempt of trying to communicate with the audience, which led to a half an hour of not so interesting pouring rain heavy metal act that left no strong impact. 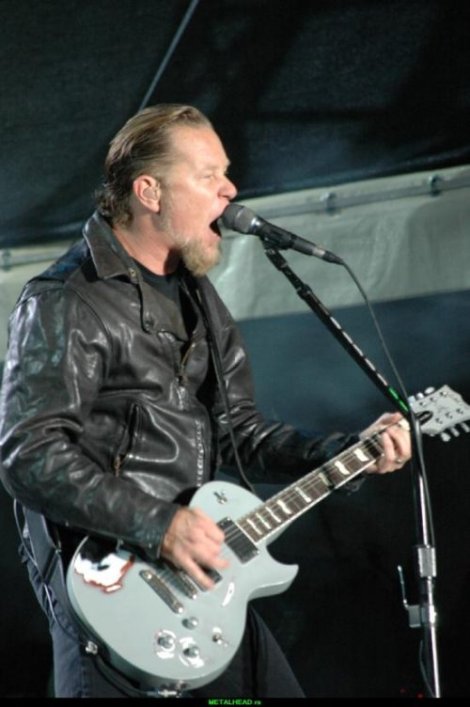 After that, there were about 10 minutes of recorded music and sound checking; and then – the ecstasy of gold !! From where I was standing on the grass, surrounded by fellow fans, all hell broke loose. We all started screaming, because we knew what was going to happen next. The ecstasy of gold is the beginning of their concerts for more than 20 years. Suddenly, the masters of the stage were singing Creeping Death in front of about 30 000 frantic people who were wildly singing the lyrics with the band. I have to say, they sang just old tunes, nothing from Load, Re-Load, and St. Anger. Except for Fuel, perhaps, I’m thankful they didn’t !! 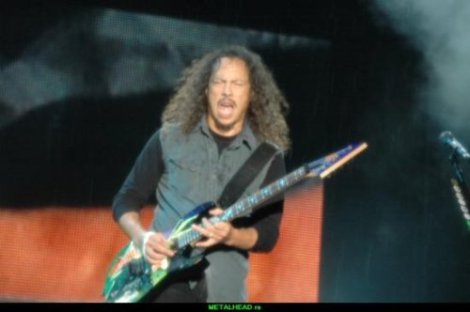 Also, they even played it faster than the studio version. After adding just a few greeting words, they started playing For Whom the Bell Tolls, and by that time, everybody knew it was going to be an epic performance. I watched some recent concerts where they stalled a bit, and seem to lack that energy, but this was not the case. They made no pause between tunes, in a suffocating and energetic way – and how great it was!! After they played Ride the Lightning and Harvester of Sorrow (which honestly was a pleasant surprise for me), I felt (just as almost everybody around me) that I didn’t have the voice to sing along with them any more. But just as I was thinking that, the first notes of Sanitarium hit me; it was as if I was injected with pure energy. Everybody was jumping, screaming, singing, raising two fingers, and it was raining crazy, but people dropped the raincoats despite the low temperature. As for myself, I was in a small tshirt all the concert, and I’ll be honest with you – I was really warm. Water was pouring from people’s hands and hair, but that just made the Metallica concert even better. 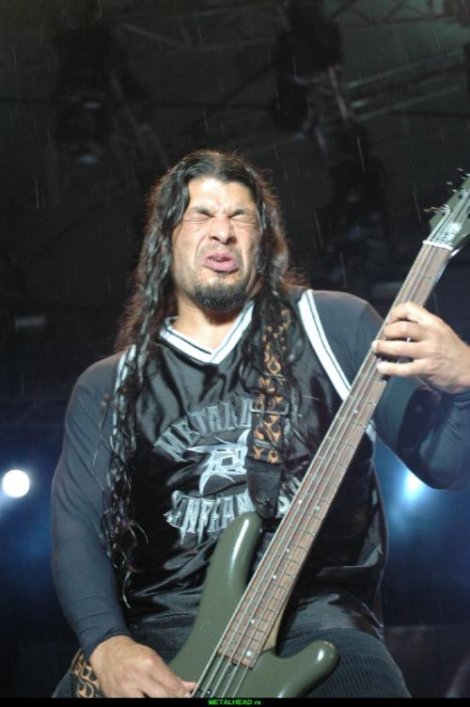 After that, a real tour de force began, with The Four Horsemen, … And Justice for All, No Remorse, and Fade to Black. Even if they would have performed just Fade to Black, I would have been there; it’s not my favorite song, but the way they played was just priceless. Just as I was thinking that this is amazing, it got better. Master of Puppets, with all its anger and hypnotic rhythm was delivered in the best package ever, with the crowd singing along with the band. 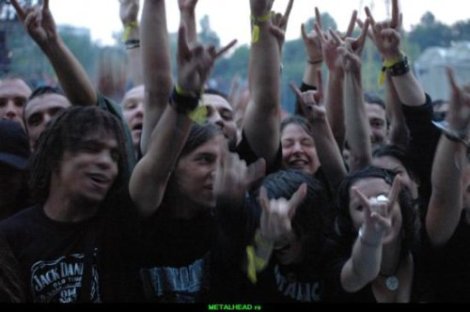 The frenzy goes on with Whiplash (another tune I didn’t expect), and after that it was ballad time: Nothing else matters. Girls climbed on the back of the boys, everybody started raising and waving their hands, and it was raining, but for some reason, the lighters we raised above our heads still burned. People were crying, I think I was crying, but you couldn’t tell for sure because of all the rain, which didn’t stop even after that; and then, something snapped. When James said “I’m your dream”, the crowd took insanity to a whole new level. Sad but True was also the starting point of the fire show, which set the frame for what was perhaps the most impressive song of Metallica: One; and what a show it was !! Ecstatic yet painful, the song spoke to people, many of which fully understood the implications of the war. The fireworks kept on while they were singing another eagerly awaited tune: Enter Sandman 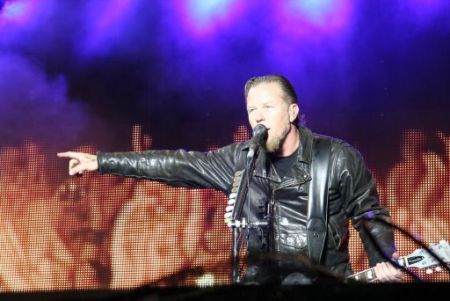 After that, it went on with Last Caress, and suddenly, James went out and said “Thank you, good night”. It was about the time the show should end, but the crowd was going “No, no, no, no”. Everybody started shouting “we won’t go”, and after about five minutes of shouting, they were rewarded. James came out again and said: “You won’t go? So fucking what?” Not that many realized that was just the start for another public favorite: So what. What followed could be replaced by no better ending; the audience was singing Seek and Destroy chorus just as hard as the band did, if not harder. After that, another five minutes of chanting “Metallica” definitely expressed the gratitude everybody had towards these gods of metal. 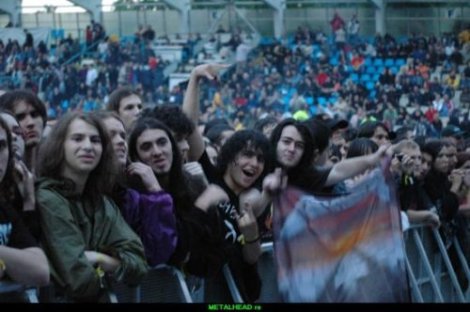 There would have been no better way to pass a bit more than two hours of your life; as fresh and aggressive as they ever were, Metallica delivered 18 songs of pure musical bliss, sending everybody there into an amazing trance where nothing else existed. Lars pounded the drums as only he can, while Trujillo seemed to have fully integrated with the band. With his Dracula guitar, Kirk impressed me even more; I wouldn’t have believed he could play the solos with so much passion again, diving deep into the mood created by the amazing Romanian fans; and James, despite saying few words, created that necessary bridge with the audience, which made everything even better. Also, it seems they will return when they’ll go on the tour promoting their new album. They’ve cleaned the dust from their amps, sounding heavier than ever, and going closer and closer to the Thrash roots they dangerously strayed from with St. Anger. Call me an idiot, but the music, the public, the crazy rain, the solos, the fantastic fans, the guitar, the bass, the drums, the yelling, it has to be said: that’s what fucking metal is about !! 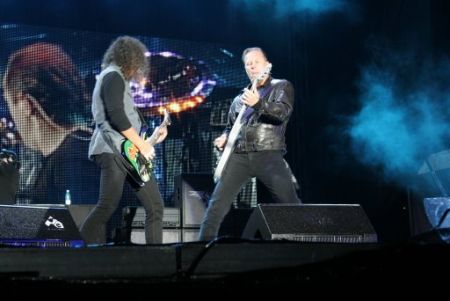 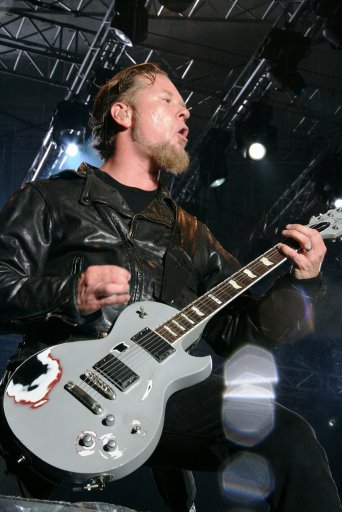