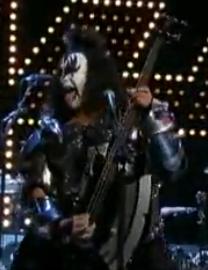 Kiss‘ first album in a decade got out this week, backed up by unusual favorable reviews, considering their previous record, “Psycho Circus”, was more or less a flop. Recently, the band paid ol’ Dave a visit at his Late Night Show were they performed live the first single off the new album “Sonic Boom,” the infectiously reminiscent “Modern Day Delilah.” Sonic Boom is out now on Universal/Roadrunner.

At the moment Kiss is on an extensive North American tour. Also, the band will also play live tonight at the “Jimmy Kimmel Live.”