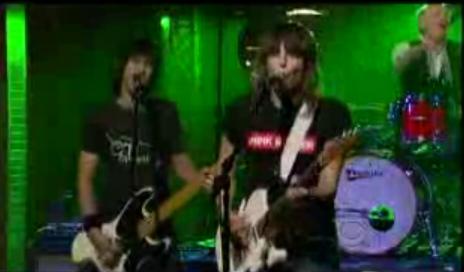 The Pretenders are back with a new album this week, in the form of “Break up the Concrete,” a fun, classic Pretenders record, that’s sure to delight any nostalgic punk (don’t give me any of that ‘punk’s not dead’ crap). Chrissie Hynde, which looks fantastic by the way (considering she’s in her late 50s!), and the rest of the gang stormed David Letterman’s Late Show with an awesome performance of “Boots of Chinese Plastic,” a brand new song off the new album. Check it out bellow.