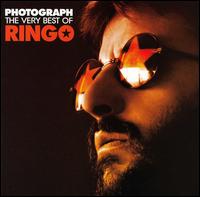 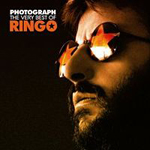 The Fab Four had such a huge impact in music that it is hard to believe that there has not been a proper Ringo Starr hits collection since the first, 1975’s Blast from Your Past. That was released just five years after his debut, Sentimental Journey, but it ignored that collection of pop standards. The artist kept recording after that and he found himself somewhere in an insecure space and wandered several labels before he released 1993’s Time Takes Time. But that did not have any hits. He did not have any hits since the Elton John/Bernie Taupin “Snookeroo”.

His return in the ’90s did not crack the charts but it is represented on the 20-track Photograph and there are some noticeable tracks; probably the most worthy of noticing is “Oo-Wee”. Photograph: The Very Best of Ringo Starr is not longer than his previous Blast from Your Past it is just better.

It also has the very good “(It’s All Down to) Good Night Vienna” to the mix and cover of Bruce Channel’s “Hey Baby,” a duet with Buck Owens on “Act Naturally” from 1989, and a well-chosen selection from each of Time Takes Time, 1998’s “Vertical Man”, 2003’s “Ringorama”, and 2005’s “Choose Love”. The thing that could surprise you is that you could find yourself singing along with the record. “The No No Song,” for example has that catchy chorus that makes you want to get up and sing.”It Don’t Come Easy,” “I’m the Greatest,” “Back off Boogaloo,” “You’re Sixteen,” are also in that category.

He has some limits as a vocalist and writer but that somehow manages to work out to his advantage as his collaborators manage to get the most in him and also in themselves.”Early 1970″ is just like a post-Beatles autobiography and than there is “Photograph,” his gorgeous collaboration with George, which lends this comp its title and ranks as among the very best post-Beatles songs by any of the Fab Four. That shows that Ringo is able to make memorable music just as his colleagues and he shows that he has very high demandings from himself. Photograph: The Very Best of Ringo Starr also has an entertaining track-by-track commentary from Ringo and was also released in a deluxe edition that contains a wonderful DVD with the videos for “Sentimental Journey,” “It Don’t Come Easy,” “Back Off Boogaloo,” “You’re Sixteen,” “Only You (And You Alone)” (which also features Harry Nilsson), and “Act Naturally,” along with an ad for Goodnight Vienna. Worth every nickel.