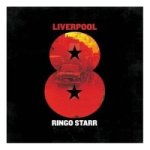 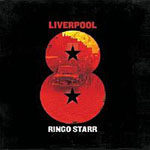 Well most of the people who listened to [tag]The Beatles[/tag] could identify themselves with a member of the band; Paul played the role of the cute, loveable Beatle, John took the smart guy’s place, George was the quiet one and Ringo Starr was the lighthearted dude. He was never the songwriting mastermind that John, Paul, or George were but in a way he was the glue that kept them all together.In this album the songs are nice and just plain fun to listen to. His favorite subject is easy to figure out; yes, it is love. But it is not the exuberant naivity that the Beatles show. Instead he looks and reflects and a big part of his reflections are quite somber. But the sun rises and there is always hope. That’s the kind of feeling you get while listening to the album.

He wastes no time sturring up his nostalgic side and the first track is Liverpool 8, in which he reminiscents about the glory days and how he and the other beatles started the adventure of a lifetime(of 10 lifetimes for that matter). It’s not the work of brilliang songwriting but instead it’s charming and its colorful lyrics just grow on you. Listen to it and you’ll understand what I’m talking about.Think About You just has a distinctive “I’m the Greatest” feel about it but again the lyrics are great and pretty straightforward too. The next song just has John Lennon written all over it; he asks himself why people hate each other and why they don’t “Give Love A Try”. Then Now That She’s Gone Away starts with a funky beat and it involves lots of drumming and hard tum-tuming but it’s exactly the kind of music which grows on you.

Gone Are the Days is a Psychedelic-laced rocker with a great hook. Give It A Try sounds as if it was written by Paul Maccartney; it’s obvious that Ringo inspired himself from the good old days. Tuff Love brings us more love and peace while Harry’s Song is a sweet song which is dedicated to one of his closest friends, Harry Nilsson; starts out wild and then goes into a mellow tempo. Pasodobles is a kind of mexican romantic ballad; very unusual song for the man yet he pulled it off brilliantly. If It’s Love That You Want and Love Is are two slow songs in which the title pretty much sums up the lyrics. Not very deep but they are still decent effors. R U Ready is a great fun way to end this album; a country flavored ditty whose lyirics sound very serious and silly at the same time.

Other people playing in the album include Sean Hurley on bass, Steve Dudas, Garry Burr, Jesse Davey, Dave Stewart, and Mark Hudson on guitars, Gary Burr on whistle, Dave Stewart on slide guitar, Zac Rae, Mark Hudson and Gary Burr on vocals, Garry Burr, Ringo, Steve Dudas, Brent Carpenter, Mark Hudson, Bruce Sugar and Keith Allison on background vocals and claps, Mark Hudson on mellotron, Gary Burr on mandolin and orchestration and arrangement by Suzie Katayama. A whole lot of people, but it’s worth it. Very nice guitar playing by Mark Hudson and Dave Stewart and they manage to complement the lyrics very well. For those who were expecting this album, it delivers; for those who weren’t expecting it you should give it a try. You could just be surprised in a pleasant way.