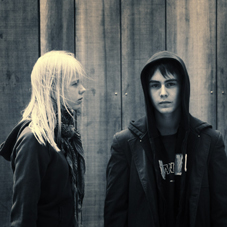 When I heard Porcupine Tree were going to release this mini-album of 4 tracks and 28:44 minutes, I thought it was going to be great. I was right. Since they’ve signed up with Roadrunner Records they’ve made wonders and achieved the success they deserved so much.

Roadrunner are notoriously good at getting their acts out there and we’re happy to see such a great colaboration. About ‘Nil Recurring’ there is a lot to be said; after all, it is the smaller brother of Fear of a Blank Planket. It continues the musicality and artistic vision of the album.

It has a very distinctive and special airy sound, sounding very reminiscent of the old glory days. It has a wicked exotic psychedelic feel that mingles very well with their more progressive side.

As far as I’m concerned, it has a way better quality than the album they released this year, despite its lenght! Sheer class and brilliance put into music! There’s not much to say about it; if you’ve listened to their stuff, you know what it’s about and go get! If you haven’t listened to their stuff… go get it!