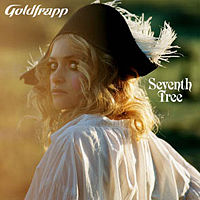 It was clear from the very start, when we saws Goldfrapp‘s video for its latest single A&E, that the duo have strayed a bit from the electro sound, that defined them in Black Cherry and Supernature. The same goes with the rest of Seventh Tree, Goldfrapp’s upcoming record, set for a release next week (February 26th). Some believe the record sounds a bit boring and too poppy. I disagree, I’m quite digging it actually; it’s softer, more melodic with a better and cleaner use of synths, coupled with percussions, then anything they’ve done before. I’m quite impressed by Alisson for being bold and experimenting. Give Seventh Tree a sample spin, before its official release on February 26 via Mute. Stream bellow: