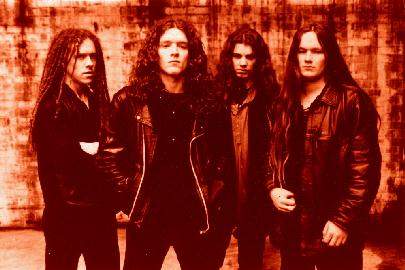 Anathema pleased us all again when they announced that they have finished the “Hindsight” album – it’s already been sent to the record company by the masters. As you may (and should have) heard, “Hindsight” is a semi acoustic album of classic Anathema tracks, and includes one new song. They made this public (or at least I read it) at metalstorm.ee.

Also, their new album, “Horizons”, is well underway. What surprised me was that they said that they expect this album to be their greatest album ever – by a long long way. I really loved some of their old stuff, and their talent and musicianship skill is just undeniable! So claiming that this new album will be the best… has to make you wonder just how good it will be.

What’s even more interesting is what Anathema posted:

“It has been brought to our attention that the “Spherical Minds” album “Fern” is being passed around the internet as Anathema new material. The only Anathema new material we have released online are the three songs you can find on this site and on our Myspace page. Any supposed “demo” of any other song is probably Danny Cavanagh doing guest vocals on the “Spherical Minds” album. So just to let you know, if you think you are listening to “Lightning Song” or “Bricks”… you are not.”