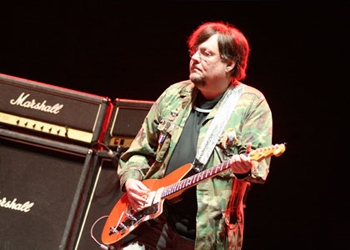 Sad news  for all rock’n’roll fans around the world. Ron Asheton, one of the original founding fathers and guitarist/bassist of the highly influential The Stooges, was found earlier today in his home dead. He was 60. Apparently, however, he was already dead for a few days now, when he was found by the police, after his assistant called them since Ron hadn’t returned her calls.

His guitar work with The Stooges went on to influence a lot of modern day bands and contribuited, albeit indirectly, to the creation of a myriad of subgenres, from grunge, to indie, to glam metal etc.

R.I.P. Ron Asheton. You will be missed.