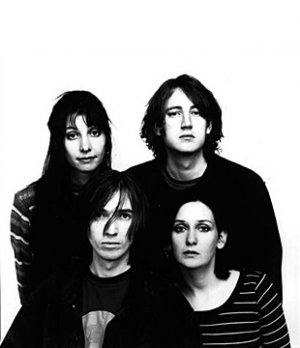 Their initial reunion shock hype has died off a bit, so it’s a good thing the band’s taking it a step at a time, with new updates each week. Feels like a soap opera already. This week [tag]My Bloody Valentine[/tag]’s manager has announced the band intends to pull a Radiohead-wise stunt and release, their much awaited followup to the classic 1991 “Loveless,” as a digital download.

Don’t expect a freebie though, according to manager  Vinita Joshi, MBV will release the predicted 2008 release as digital download, but you’ll have to pay for it a fix amount of money, just like you’d do with any other retail record. Still it wouldn’t surprise me too much if the band decides to make “pay what you think its worth” policy, their religiously faithful fan base is sure to provide the band with a good deal. Their label would have a big word to say here though.

“At the moment, all I can say is that Kevin is getting the band back together and they will go into the studio next month to work on the new record,” says MBV’s London-based manager Vinita Joshi, referring to notoriously reclusive singer/guitarist and bandleader Kevin Shields. “The plan is that they will release the album themselves via the Internet, but there will also probably be a vinyl release.”

As for their upcoming summer tour, demand has been tremendous, with their initial three date gigs getting sold out in minutes, after being put on sale on Nov 16. Due to this the band’s management  decided to schedule another four shows as well, to at least please a small amount of the die hard fans, that have been waiting to see My Bloody Valentine for 16 years, since they played their last live show together.