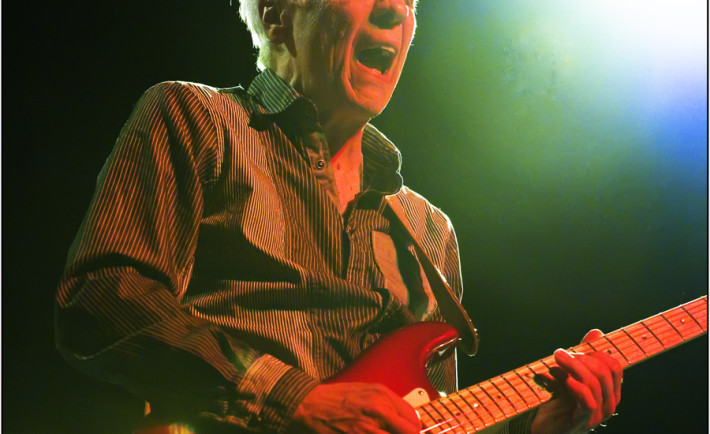 My calm Tuesday morning erupted with the pleasure of speaking with one of the most under rated guitarists of our times, Robin Trower.  At age 66 he has been nominated for the 2011 British Blues Awards, and with that he chuckled “I am not even sure I’m a blues player” and that “I think of myself as a Rock & Roll guitar player really, with a lot of Blues in there, which Rock & Roll should always have”.  His current release, The Playful Heart, is Robin’s new collection of songs that will leave you agreeing with him. 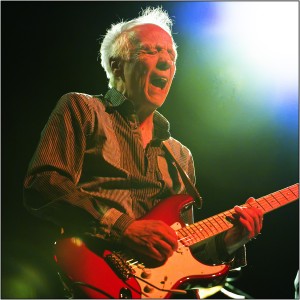 For Robin, “coming up with new material is a big job” and he’s “worked extra hard for ideas on the songs and lyrics”, it shows. With close to 50 years experience Robins masterful playing can frequently be compared to Jimi Hendrix but the spotlight brightly shines on his live shows, which really showcase his amazing playing abilities. He’s been performing consistently and feels the need to “create a moment” for his audience. His 1974 classic “Bridge of Sighs” is a perfect example, this song has been played “hundreds and hundreds of times” at his shows. He explains that “you are trying to create something of that moment, right there and then, something that only happens then.  I think that’s what live performance is all about”.  Well, he certainly didn’t disappoint his fans in the audience for the June 10th show in Boston at the Wilbur Theater.

The nights set list was a mix of old and new, featuring Davey Pattison on vocals for “Too Rolling Stoned”. Drummer Pete Thompson, and bassist Glenn Letsch supporting the house that rock built while Robin lit up the night with playing his signature Fender Stratocaster and custom designed Mike Fuller pedals for “Shame the Devil”. The sound is solid and tight with a perfect blend of rock, rhythm and blues, and pure magic.

When asked about today’s music, and what are his feeling of the direction it is going in, Robin said that he is “a bit dismayed with the current state of Pop music”. He finds it “nowhere as good as it use to be”. “When you think about the 40’s and how good popular music was then, and the 50’s, how great Rock & Roll was, the 60’s, you think about the 60’s as the Beatles, and the Kinks and Cream, and Hendrix” “I mean, like the Beach boys, forget about it”. He continues to say that “you can’t avoid, I mean the whole thing about Pop Music, it’s mostly what the young people are liking”. Stating that, “It just worries me it’s all a bit shallow, you know”.  “I don’t know whether if it’s because they are able to work it onto a computer and make things sounds polished when it actually isn’t, thereby taking away a lot of the human element of music”.  Some of this technology just doesn’t cut it, “I don’t like the sound of recording in a computer as much as tape. But there are definite advantages, it’s faster to work for a start, but I don’t think it will ever be as good” as tape. This doesn’t mean that Robin does not enjoy new music, he mentioned “The Fleet Foxys” and “The Unthanks” as someone that he enjoys, although admits he has only heard a few selections from them.  We ended our conversation with nothing more than truth, “Live music is really what it is all about” and if you catch Robin Trower on tour this summer you will not be disappointed.

You can catch up with Robin this month at the following locations: 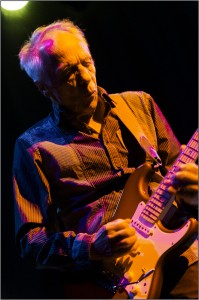