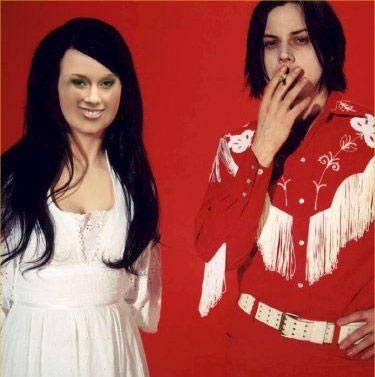 I found myself pleasantly surprised this morning when I found out Jack White and Alicia Keys will produce and perform the next 007 theme song, “Another Way To Die,” for the upcoming James Bond uber flick Quantum Solace. For the noobs out there, Quantum Of Solace, directed by Marc Forster and staring Daniel Craig as James Bond, will be released theatrically on November 7th 2008.

The Keys/White theme song is, apparently, the first duet song in a Bond flick, in like…ever! Way to go for setting historical land marks, Jack. Anyhow, check out what he had to say about the creative process involved behind “Another Way To Die” and his school boy enthusiasm of working with Alicia.

“After a couple of years of wanting to collaborate with Alicia Keys, it took James Bond himself to finally make it happen. Alicia put some electric energy into her breath that cemented itself into the magnetic tape. Very inspiring to watch. It gave me a new voice, and I wasn’t myself anymore. I drummed for her voice and she mimicked the guitar tones, then we joined our voices and screamed and moaned about these characters in the film and their isolation, having no one to trust, not even themselves. Maybe we became them for a few minutes.

The Memphis Horns were there to help us out, along with some of Nashville’s finest. Might be the first analogue Bond theme in twenty years, I don’t know. We wanted to push soul into those tapes, and join the family of Barry, Bassey, Connery and Craig.”

I smell an epic song in the making, right here. Discuss, if you will. Bellow you can check out the dates for The Raconteurs’ small late summer trek around England and North America. via BrooklynVegan.