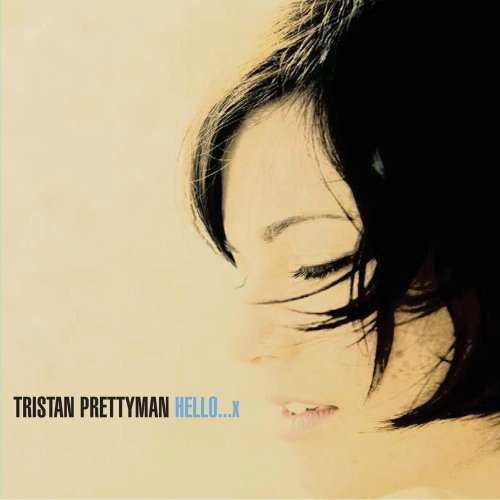 I have been dying to review this album because I am such a big fan and I’ve been waiting for this release for eons, so pardon me if this review gets slightly biased. Hello…x is Tristan’s 2nd studio album, following twentythree, which was released in 2005. When I got this album it’s not been released anywhere else, only in Japan and I couldn’t wait to get my hands on it. After 3 whole years, the music has changed very much, the previous album was more of an easy listening, beach-y and surfing type of music, while Hello….x has evolved into a much more bluesy and soulful sound, adding a little a dash of rock and country here and there.

There are many more instruments used compared to her previous album, creating a more musical journey. Her songs are also less mellow, with more variety and more written collaborations with other people. It’s got even more heartfelt, motivating and in depth lyrics and even some funky hand clapping incorporated on some tracks. I love too many songs on this album it’s hard to just pick a few to talk about. One thing that got to me, however, is that the song levels are not even throughout the album, some songs are right at one level, but once you go into the next track the levels go astray again. The instruments all blend in together so close knit that sometimes it’s impossible to differentiate the different sounds. Also, albums do not do justice to live musicians like Tristan, if you listen to some of her live shows, you’ll find that her voice is much richer than what you hear on the album.

This album portrays more of her heartaches, break ups and loves lost. Her first single, “Madly”, was released sometime ago. There’s more strumming than her usual slap pick style, a very catchy tune that you’ll get into the more you listen to it. She writes about when you break up with someone, being happy for them and letting go of each other. One of my favourites is “Blindfold”. It’s one of the saddest songs on the album. Some people say it’s written about her breakup with her ex-boyfriend, a guy whom I absolutely adore as well. Reading lyrics like “your love is a perfect blindfold for me”, listening to the song, and if it’s true the song is about their history, it makes you cry (okay maybe just me) it really does, sappy as it may sound. It’s one of the most sincere, truest songs, where it talks about how hard it is to sustain a relationship and how much hurt there was. “Don’t Work Yourself Up” sounded really great when she first played it in live shows, now on the album, it sounds even more opulent with the full band, making the song more compelling. Heartfelt words like “I want to love you but I don’t know how”, she tells of the ‘it’s not you, it’s me’ story.

Of course, there are more upbeat tracks on this album, like “Echo” and “Handshake”, with really funky melodies. Guitar licks similar to Stevie Wonder’s vibe, with slick and smooth bass lines, these tunes really turn the funk up on the album. “California Girl” is the ultimate mid-west song on the album, with the country guitar twangs. From a marching band drum beat, it builds up to an electric guitar solo, then to a Joan Jett rock like style.

The thing I love about Tristan is how her lyrics are from the heart, true to herself and her own life. Songs like “Interviews” talks about her life as an artist and separating the rumours from the truth. The last track on the album has a very different vibe from what she’s done so far. She sings the blues, with mainly just the piano and strings; it closes the album with a depressing and emotional end. I also found out that she recorded the entire album in just one take, which is something very impressive and perfectly masked because despite the rawness of it all, it was wonderfully woven throughout.

Also, only available with the Japanese import, there are two bonus tracks (“God Gave Me Patience”
and “Hummingbirds”) that are must haves. “God Gave Me Patience” has been a song she’s been playing at her live shows, having the recorded version now sounds great and even better polished.

Her album is to be released tomorrow, April 15, worldwide hopefully! Check her out, Tristan Prettyman has something great to offer.