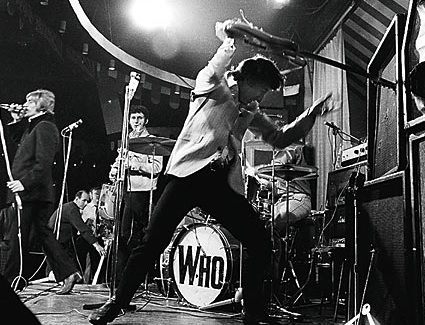 It seems [tag]The Who[/tag] may embark on a tour, of unclear proportions, soon. Lead singer, Roger Daltrey, has expressed his intentions of permanently dissolving the band on multiple occasions and this seems like it will be the last tour the band will ever perform in. So, if you want to see one of the greatest and influential rock’n’roll band in history playing live, this might quite possibly be your last chance.

So far only two dates have been announced, a twin performance at Los Angeles’ Nokia Theatre on November 8 and 9. Fan club tickets and VIP packages for the respective dates go on sale July 14th and can be picked up at the band’s official website. There’s still a lot of time left ’till November, though, and before any more word about touring can be mentioned, the band will first perform this very Saturday night at UCLA’s Pauley Arena for a VH1 Rock Honors special, to air July 17th. Pearl Jam, Flaming Lips, Incubus and Tenacious D will also participate in the event, with each band paying tribute to the Who before Daltrey and Townshend, the sole two surviving founding members,  take the stage.