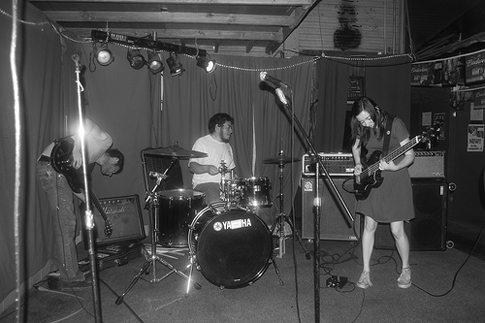 I was going over a few of my favorite websites on the net, just earlier, when I cam across an interesting post down at the Guardian music blog, that really caught my attention and made me reflect a bit. The article is centered around the idea according to which bands should disband as soon as they’re successful. Ben Myers, the journalist who wrote the article, feels that there’s a certain point in a band’s career when it reaches it’s climax, a point of flourishing musical creavity, never to be reached by the band again. This is when a band should quit, so that their image doesn’t become tainted, actually furthermore they become myths, living legends. Just look at the [tag]Sex Pistols[/tag], they’ve released just one album during the band’s lifespan of 2 years, but that single album (“Never Mind The Bollocks“, “Here’s The Sex Pistols“) managed revolutionize, publicize and more or less create one of the most popular musical genders of all time: punk. If they’d release another album, it would probably be good, but I highly doubt it would’ve been stellar or something like that. They knew when to call it quits and they’re now icons. Still making millions too.

Think a question is probably popping in most of your heads right now: what if “that band” would’ve disbanded back then? Think they’d probably been better off if the did, and so on. At least that’s me. Just think of [tag]Oasis[/tag]. The dudes made it really big after the first two albums (“Definitely Maybe” and “(What’s The Story) Morning Glory?” are still two of my favorite albums of all time), but after they’ve steadily started to release ever weaker music and in term, they’ve lost popularity. This is where a fairly common phrase in the journalistic world comes in, “the sophomore slump.” Basically the main idea behind it is that most bands release weaker material, after their first album. The main reasons behind this are mostly considered the fact that the first one is almost always a labor of love. It’s that record written with heart and soul in your best friend’s garage and in your attic; it’s an album that most of the time features a band’s most creative and diverse perspective.

Now, don’t get me wrong. I don’t necessarily agree with the theory. I wouldn’t ask my favorite band to quit now. No, sir, I’d better yet jump in front of a car, before it do that. A true fan, loves and cherishes a band in its moments of glory, but sorrow as well. How could you suggest back in the mid ’70s [tag]Pink Floyd[/tag] or [tag]Led Zeppelin[/tag] should quit, while they’re still on top of their game. That’s pure blasphemy I say and a chap or two might even spit you right between the eyes. It’s a highly debatable subject, one on which I’d like to hear some feedback. Discuss.