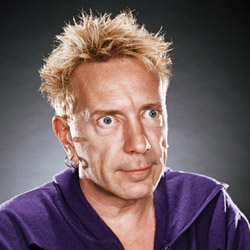 John Lydon, or Johnny Rotten as the Sex Pistols frontman is more commonly known, has always had an authority issue, after all the anarchist within him sparked the iconic punk movement, back in the ’70s. His latest mischief, however, is of a more serious manner.

It seems Lydon, as reported by TMZ.com, has been sued for physical aggression, by his former assistant Roxane Davis. The lawsuit, filled at the Los Angeles County Superior Court, claims that “the Sex Pistol singer allegedly beat the crap out of a female assistant after calling her every horrible name in the book after the taping of a television show in 2007.”

The whole issue, apparently, erupted when Roxane booked Johnny Rotten at the Ritz-Carlton Hotel, in a room that didn’t share a door with his other assistant … a dude named Rambo. From there on, all hell broke loose, as both Rotten and Rambo unleashed a vole of verbal aggression, before eventually Rotten “cocked back his fist … and punched her in the face.”

Way to go, Johnny! That’s showing her who’s the man in the house. The assistant of course made a complaint to her supervisors, but it was met only with deaf ears by the men in charge, fact forcing her to act on her own by suing the Sex Pistols punker. She admits, though, that’s she’s been warned by her employers to “under no circumstances was anyone to touch Rotten’s hair.” Servers you right then!

No word yet, though, if this recent issue will affect in any way the upcoming Sex Pistols world tour, set to kick off tomorrow in Vegas. Check out the tour dates once again, right after the jump.