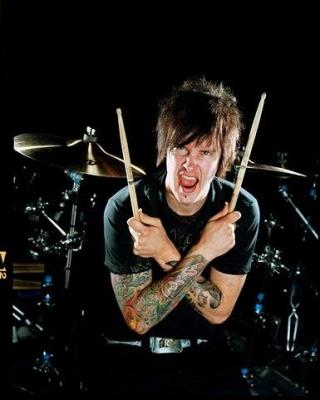 Avenged Sevenfold’s drummer, Jimmy “The Rev” Sullivan, was found dead at age 28 at his home in Huntington Beach, California, on Monday. He supposedly died of natural causes, though his death was investigated by the coroner’s office and ruled “inconclusive.”

Avenged Sevenfold is rather divisive in the metal community, mainly for its early “metalcore” output. Honestly, the band got better as they went on, especially when  M. Shadows stopped screaming. It was pretty damned irritating. As I pointed out in my review of their last album, The Rev was the main reason to listen to A7X, so it’s a great loss not only to band on the upswing but also to music fans in general considering how talented a drummer he was. Apparently he was also a great songwriter, having written the multi-part “A Little Piece of Heaven” from their last album.