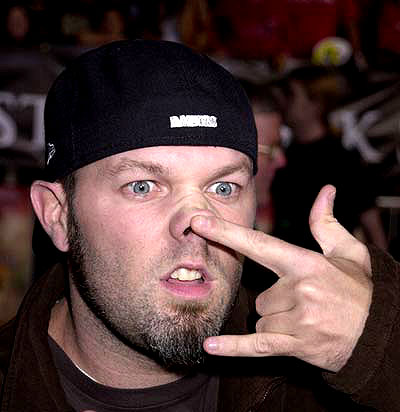 This is clearly the most hilarious thing I’ve heard all day long on the interwebs!  It seems the city of Austin, TX is looking to name its Solid Waste Services Department and as proof of democratic consideration, officials are turning to its fair citizens for the name through way of a web poll. The officials claim they want want a name that can ‘better reflect all of the services the Department provides,’ including ‘rubbish collection, litter control and household hazardous waste disposal,’ but here’s where it gets really interesting…

So far, however, the poll is being topped by the “The Fred Durst Society of the Humanities and Arts” suggestion, leading 25,000 votes strong, more than 2000 to its runner-up, the less interesting ‘The Department of Neat and Clean.”

Usually having right about anything get named after you can be considered an honour, but having trash (let’s face it) attached to your name can be considered pretty embarassing. Luckily for him, Fred Durst has sort of developed an impenetrable anti-troll skin during more than a decade of flushing crap down sub-urban teens’ brains with Limp Bizkit, and has reacted to all this quite gentlemenish. When asked about the Austin trash department, Durst replied through his twitter “I want to thank all of you who are helping me in Austin. I hope we win. Extra points for Durst!

But it looks like the name won’t stick—officials are saying that it doesn’t really reflect what the department does. Is the will of the people then to be ignored? The deadline for voting is February 10, while the city promises the new name for the department will be unveiled in April.