Yesterday, 1st of July, a memorial concert for the late Wales Princess Diana took place at the fabulous Wembley Stadium, where international stars paid tribute to the diva by performing live in front of over 63.000 people.

The show was kicked off by pop icon [tag]Elton John[/tag], who performed “Your Song” in front of giant black-white photographs of Diana taken by Mario Testino .

After which Duran Duran, Diana’s all time favorite band began their gig.

One of my favorites, [tag]Tom Jones[/tag] was present as well, proving he’s still got it at the tender age of 67. Tom surprised everyone after he sang a version of [tag]Artic Monkeys[/tag] “I Bet You Look Good On The Dancefloor”. 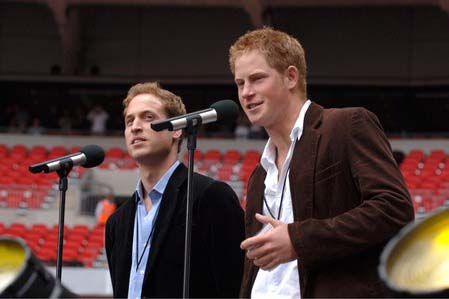 Worth mention as well is the stage appearance of Diana’s 2 songs, Princes William and Harry who appeared in front of the whole crowd and paid there respects to their late mother. After a standing ovation, William said: “This evening is about all that our mother loved in life – her music, her dance, her charities and her family and friends.”