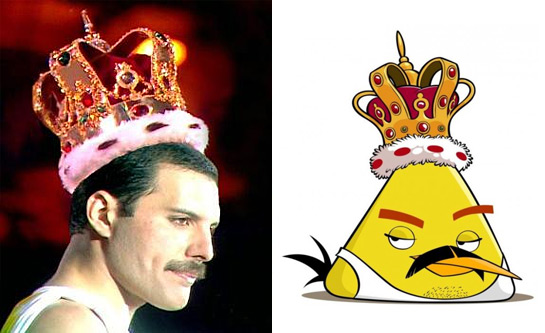 Tomorrow is September the 5th – it would’ve been Freddie Mercury’s 66th birthday,  so Rovio Entertainment or the creators of Angry Birds decided to turn iconic singer (ex Queen’s frontman for all the newbies out there) into a honorary character. 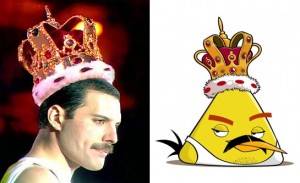 “Freddie for a Day is such a great way to honor Freddie’s fun and flamboyant spirit while delivering an important message…Queen’s music has endured for a reason, because its creativity and contagious fun appeals to fans of all ages, and we’re happy to help keep Freddie’s memory and music alive for new generations of fans.”

Actually through this character creation, Rovio’s intention is to support the  Freddie for a Day campaign. This campaign celebrates the singer and raises funds for fighting AIDS worldwide through  Mercury Phoenix Trust foundation, which is active since 1992, a year after Freddie’s death.

It’s very simple to get involved in this action, just put on some close similar to Freddie’s in any way wherever you want and encourage your friends to sponsor you ( you may need to read all the instructions on Freddie for a Day web page), or you can purchase Angry Birds t-shirts online on Wednesday from Angry Birds website. Support fighting AIDS!