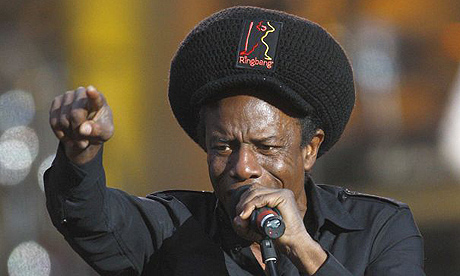 We’re just three months into the new year and already there are talks about the first major plagiarism scandal of the year, following last year’s now infamous feud between Coldplay and Joe Satriani. This time around the protagonists are Gorillaz and 80’s raggae sensation Eddy Grant, the later claiming Damon Albarn blatantly used significant portions of his song “Time Warp” to write the latest Gorillaz single “Stylo,” all without giving any credit. “My song sits almost note to note with their release,” the songwriter complained. “I am outraged.”

“Time Warp is a very popular song,” Grant wrote in a statement yesterday. “[It] has been a staple of the DJ scene for many years and I feel total disrespect from Gorillaz and their management company, especially as they are an established act.”

One can clearly see the resemblances, particularly how the notes ascend, but there are some clear differences as well. You can stream the two songs bellow and see for yourself.

“Damon Albarn knows in his heart of hearts – it’s unfortunate that we cant get into people’s hearts – he knows that this is a song that he’s loved,” Grant said, “in his club days.”

Well, I’d like to abstain from this one, since I consider myself far from being a musicologist, but do you guys think?