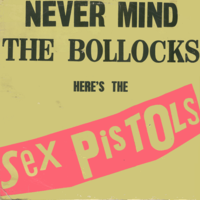 The most influential punk album of all times “”, from the English rock band [tag]Sex Pistols[/tag] is set to be remastered and re-released under a limited edition LP, to celebrate its 30th anniversary.

The anniversary edition will be release on October 29 2007, exactly 30 years and 1 day after its glorious debut. The package will include a heavy weight 12″ vinyl and also come included with a free 7″ insert featuring the track “Submission” and a poster. Submission was mist of the official tracklist, back in ’77, so it will be included in the special edition one; only the 50.000 copies of the special edition will contain the 7″ bonus.

Besides the album, Sex Pistols intend to celebrate the anniversary by releasing, in the same month, the 4 original EP’s as 7″ records: Anarchy In The UK (due October 1st), God Save The Queen (October 8th), Pretty Vacant (Oct 15th) and Holidays In The Sun (Oct 29th). Remember this is a very limited edition, so if you get the chance to get a copy, don’t miss it.