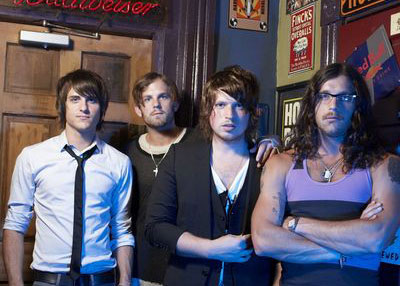 The story of Kings of Leon is remarkable; the guys did good music for a lot of time, became superhits, and entered 2010 as absolute superstars. But the southeners finished the year with a totally different mood. Their country-tinged fifth album, “Come Around Sundown” failed to please both fans and critics, and as it often happens, it backfired against them.

Group’s guitarist Matthew Followill tells Spinner that he absolutely understands what fans and critics think, and even more, he agrees with them.

“We were all sick of Kings of Leon!” Followill admits. “We couldn’t go 10 minutes without hearing one of our songs, and we’d been on the road for two years. It definitely got annoying after a while.”

That probably explains why everybody went out straight at their throats, and they were shot down by pretty much every reviewer out there, being called everything from sell outs to absolutely ridiculous. But they have worked hard for a lot of years, that’s for sure, and they’re not about to give that up.

“Once we’ve finally made it up there and we hear our songs three times every hour, it’s hard to leave that. We just can’t leave it behind; we’ve got something too good and big here.”

So, I’m really really curious to see what they have in store for us this year, and it’s definitely not going to be mediocre. I guess we’ll just have to see if it will be way above it or way below it.