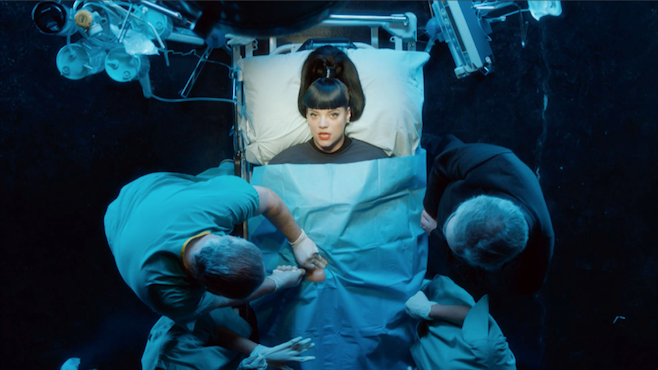 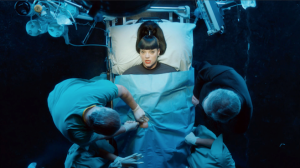 Source Picture from the video

OK, so Lily Allen is back in business and is bitchier than ever (you have to listen to the song to know what I mean). I have to say that I love this new song and video of hers because I kind of didn’t know what to expect.  I was a little bit scared because in June this year she kind of declared that she is a mother now and she’s going to change her style, even start to sing baby songs and stuff like that (find more about it here). But with this new song I know she’s back and better.

In this new video she kind of mocks Robin Thicke‘s song Blurred Lines (I bet you all know the song, if you don’t check it out here). My favorite part of the song is the part where she says: I don’t need to shake my ass for you because I’ve got a brain; I mean, this is what I wanna hear from Lily.

Also this song is going to be be one of the many with a feminine vibe, as she earlier this year declared, from her upcoming album, which is set to be released in 2014. Talking about the album, she also said that:

It’s not an earnest ‘I’m a mum’ kind of record…It’s empowering. There’s some feminist vibes going on. It’s the same old me with a bit of swearing going on. Good choruses, key changes here and there – that’s it

Thank you Lily Allen for actually singing, sharing lyrics that have a meaning and kind of being who you are.
I am gonna end this here, because you have to listen to this song and watch the video. Enjoy!