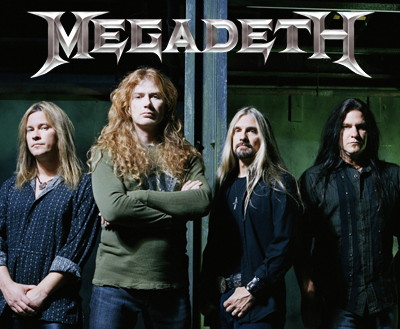 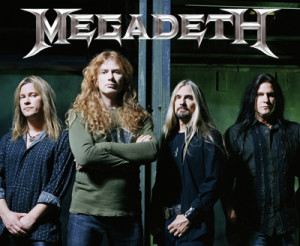 Finally, Megadeth announced the name for their upcoming album (you can watch them working in the studio here), it’s Super Collider.

Talking about the recording process, Ellefson wrote on his facebook page:

Having a great week here at Vic’s Garage laying down bass on the new songs. Really some great, great songs taking shape at this point in the recording process. I told Dave  today that one of them totally reminded me of the earliest stuff back when we first met. Fast, ripppin’ and fully bringing the REAL old-school MEGADETH sound!!!

What is really special about this new album is that, Super Collider is the first release through Mustaine’s new label, Tradecraft, distributed by Universal Music Enterprises or UMe.

Being with Universal is by far the most exciting and prestigious home for MEGADETH ever! We are electrified with what the future holds and the possibilities such a powerhouse like Universal will bring for us all…We have worked with some great people over the years, and it is amazing to see so many of them on the Universal team for our new record, ‘Super Collider’.

This is actually the first band’s record after their recently split with Roadrunner Records, and it is going to be release in June this year (2013). I only hope that they won’t make us wait too long for this new album.

Below you can find tour dates from UK 2013 Tour and also international dates, according to their official website: