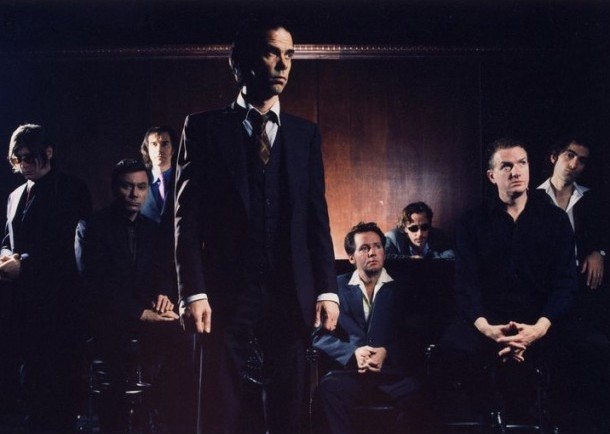 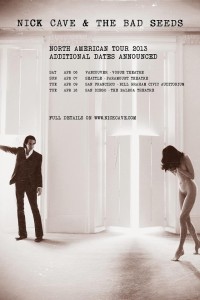 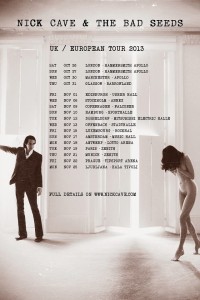 They allready shared two songs from their upcoming album, Push The Sky Away, by realeasing the videos for the songs: We No Who U R and Jubilee Street. The album is going to be out on 18th February this year.

And they also added some locations for their American tour, and posted a list with the European tour dates, according to their official webpage.

Also – A rare Nick Cave & The Bad Seeds’ live stream performance from the Fonda Theatre, LA on 21 February will be hosted on the newly launched Rockfeedback Youtube channel. This exclusive sold out show marks the release of the new album ‘Push The Sky Away’ worldwide.

Even though the album isn’t out yet you can actually listen to the Nick Cave & The Bad Seeds latest album here. Enjoy!