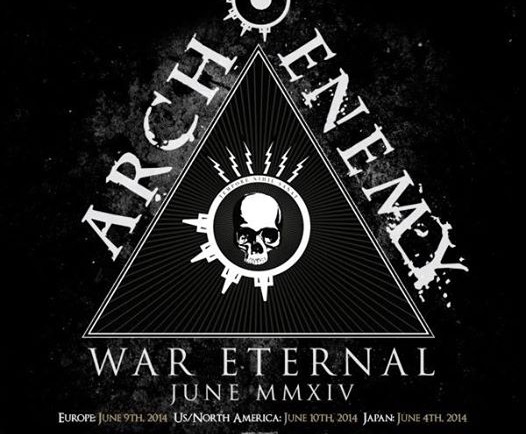 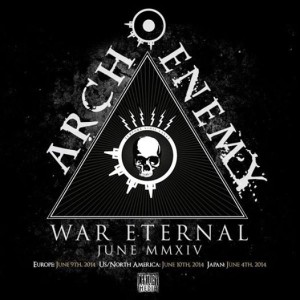 Arch Enemy already started mixing their upcoming album, War Eternal, with Jens Bogren which also collaborated with bands like Opeth, Kreator and Paradise Lost. They didn’t announced an official date for the album’s release, but it seems that it is going to be released in early June this year.

For this new album, the band worked with two very good and talented sound engineers, Daniel Erlandsson and Nick Cordle, at the Fascination Street Studio in Sweeden, and talking about the sound of the album, the band’s guitarist Michael Amott says that:

We’ve been producing ourselves, as we did on ‘Khaos Legions’. We have a clear vision of what we want ARCH ENEMY to sound like, and we can actually achieve it without the help of outside producers.

We’ve been tracking at a few different studios here in Sweden, the drums at Fascination Street Studio and guitars and bass in another room. We just finished vocals in a third studio with engineer Staffan Karlsson (‘Khaos Legions’) and the mix and mastering will done by Jens Bogren at his Fascination Street mixing facility.

Musically, this album is going a few places we haven’t visited before. As our fans have come expect, our albums have all had their own vibe and ‘War Eternal’ will leave its own mark. Lyrically it’s a much more personal record, and I feel the songs have more dynamics and depth than ever before. The songs are loaded with strong and vicious metal, drenched in tons of melody and emotion. All the trademarks of ARCH ENEMY are present, just more in your face and turned up to 11

Also the artist explains that the album’s name, War Eternal, is about a war against  the ‘mental chains’ in society which are stopping people from making what they truly want.

The title sums up our collective attitude a band as well; stages will be destroyed, eardrums will bleed. There will be no choice. This, ladies and gentlemen, is ’War Eternal’…”