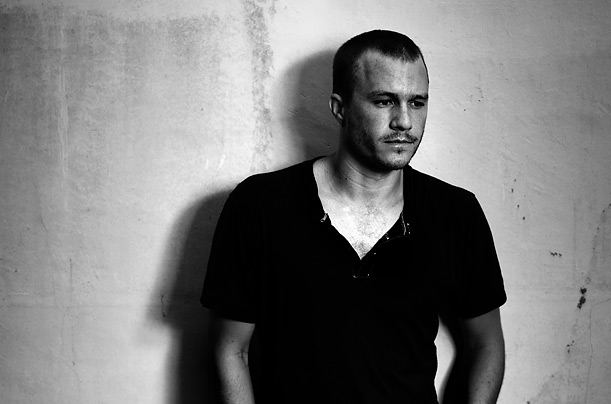 Seems like Modest Mouse‘s frontman Isaac Brock and the late Heath Ledger were  friends, revealing, among other things, in a past interview 2007 interview, that the two had been working on a music video for one of the band’s songs “King Rat” (any tie to the James Clavell novel?). The song didn’t make the cut for MM’s ‘We Were Dead Before the Ship Even Sank‘ LP, but you can find it now in their recently released new LP ‘No One’s First, and You’re Next.’

“Heath and I have a mutual friend and when we were in Australia, my fiancé and some of us in the band went out on a boat with him and his family and friends, and talked about the idea,” Brock said at the time. “He’s got a video production company and was interested in working on something. We were talking back and forth for a while. The idea seemed sort of dropped, but then he just sent me an email saying that he wanted to do it.”

Sadly, the video wasn’t surfaced because of Ledger’s death in early 2008. Until today, that is, when MySpace premiered it. Just watched it a few couple of times now, and I already find it quite brilliant … in a sadistic, twisted kinda way. Actually, if I think about it for a minute, this is exactly the kind of material I’d expect from someone trapped for months and months inside the mind of a psychotic, deranged, but quite fun to have around character.

The first part of the video starts quite serene, the cartoonish atmosphere of fish and whales sailing ships, on a background of steady Modest Mouse making it an interestingly fun watch (“Hey, look dude, like Whales dressed up in sailors on ships. Haha!”). Then the second maniacal part comes up, with both whales and music going on rampage. I won’t spoil the fun, now. All I can say is if you’ve just had lunch, skip the view. G-O-R-E!

The production of the video is credited to a film and music company called the Masses, where Ledger was a partner, that protests against “the illegal commercial whale hunts taking place off the coast of Australia.” Proceeds from iTunes sales of the video are being donated to Sea Shepherd Conservation Society during the first month of release. Sea Shepherd is “committed to ending the destruction of habitat and slaughter of wildlife in the world’s oceans in order to conserve and protect ecosystems and species.”

Watch the video on myspace or bellow.