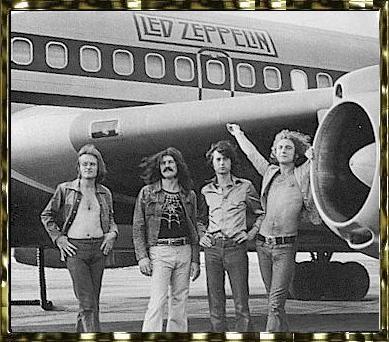 The soap opera continues ladies and gents! After the already infamous O2 gig and their meeting in January it seemed that everything was going towards a tour in September. But then, Robert Plant stepped in and spoke his mind: Led Zep will not tour.

Robert Plant, Jimmy Page, and John Paul Jones are featured in the new issue of Uncut reflecting on Led Zeppelin’s long history and what lies ahead for them as a band. They all support the idea of a tour… so Robert Plant is the only man who is against it.

John Paul Jones, who has said that he, like Page and Bonham, would like the band to hit the road, reflected on the reunion gig, saying,

“It felt like the first night of a tour. You think, ‘Oh, I could do that bit better, or change something in that song.’ And we didn’t get a chance to do any more.”

Jimmy Page says the band has no plans of releasing a dvd with their O2 gig:

“It was recorded, but we didn’t go in with the express purpose of making a DVD to come out at Christmas, or whatever. We haven’t seen the images or investigated the multitracks. It’s feasible that it might come out at some distant point, but it’ll be a massive job to embark on.”