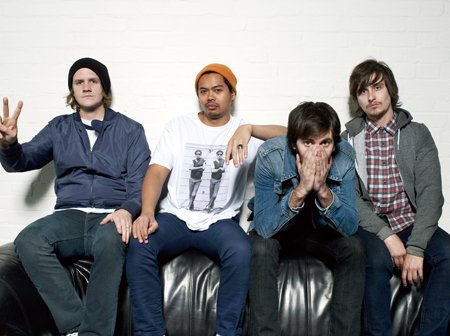 If you enjoyed the Melbourne quartet’s 2009 debut, then the upcoming remixed version of “Conditions” will definitely light your day. Featuring rehashes by the likes of Fool’s Gold, Rusko, Penguin Prison, Alan Wilkis or Peter, Bjorn & John, “Conditions Remixed” comes in as fresh and dazzling, as The Temper Trap’s debut. Below you can stream PB&J’s version of Fools – a minimalist, lightweight rendition that excellently blends with the band’s original harmonies.

Conditions Remixed is out November 2nd. Tracklist right after the jump.

[As premiered on PMA!]