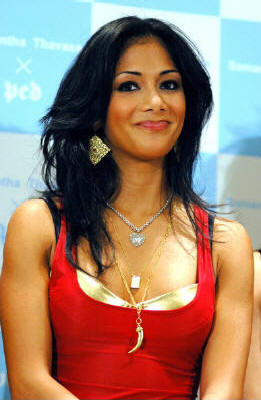 The Pussycat Dolls lead singer [tag]Nicole Scherzinger[/tag] talks, in a interview, about her due to be released solo album, which is scheduled for launch some where in the summer of 2007. In the interview Nicole sheds some light on how the new album, called “Her name is Nicole…“, will sound and also mentions some of the people she’s worked with on this record, like: [tag]Akon[/tag], [tag]Timbaland[/tag], [tag]Pharell[/tag], [tag]Sean Garrette[/tag], [tag]Kanye West[/tag], [tag]Ne-Yo[/tag], Marcy Gray, Will.i.am and many many more. The first single of the album is set to be released some time in July, sources report it will be the “Whatever You Like” track. Anyway sit back and enjoy the interview.