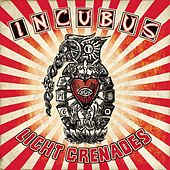 I’ve heard some tracks of Incubus on the radio a while back, i’ve always fancied their style, their lyrics, i virtually liked them a lot as artists, so I decided to review one of their albums, namely their last one “Light Grenades“.
[tag]Incubus[/tag] is one of the most representative alternative rock band from the early 90′ till present day, with a consistent presence in the music scene, after 6 albums and millions of records sold. Their last album “A Crow Left of the Murder“, released more then 3 years ago, didn’t quite suite me and didn’t feel very Incubus, but hey that’s really what you get when you listen to any Incubus album. They’re never the same. The beauty of an ever-evolving band with such broad and widely appealing inspiration is that fans never truly know what to expect from the next record – progressive rock, pop, funk, metal, psychedelic rock, jam-banding, surf rock – all of these elements have been a part of past Incubus albums.

November 28, 2006 marker the release of Incubus’s 6th album release “Light Grenades”, an album that revolves around some what cliché themes like love, relationship, friendship, dispair etc, but topics that are remastered in an original, Incubus way through a incredible merger of techniques and styles. 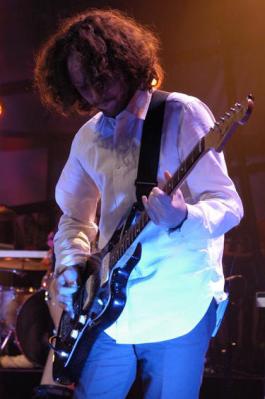 U.S. in its first week; it actually the band’s first number one album. In a MTV interview [tag]Mike Einzigier[/tag] said that the album “sounds like 13 different bands playing 13 different songs… Every time we’re about to start making a new album, I tell myself, ‘Okay, this one’s going to be cohesive,’ and it never happens.”. That maybe exaggerated, but he summarized the record pretty well, explaining Incubus’s evolution, constantly reforming their sound into something new on every album.

“Light Grenades” opens up with “Quicksand“, a wonderful song and a sign of things to come. Mike and the gang experiment on this track some really innovative techniques creating a landscape of tones and riffs. “Kiss to Send Us Off” starts the album in spectacular old school riffing style that helps fade away Quicksand. After that we head into the storm with “storm in the sky”, a song that vibrates due to its rocky beat.

The album’s single “Anna Molly” comes up. Here we can some of Brandon Boyd’s vocal and lyrical efforts, as he sings about ideal love and the stereotype of the man in love. The song is in an antithesis with “Love Hurts“, a track width a catchy melodic line and width a some what melancholic aura.On “Light Grenades” Kilmore is almost completely stripped of his DJ-ing duties, as he straps on his keyboard and accompanies Einzinger’s guitar.

Few mainstream rock bands have six consistent releases to their name and it proves that Incubus has more talent than any band of their mainstream popularity. In conclusion Light Grenades marks an important step for Incubus, both backwards and forwards at the same time and will certainly worth your time!