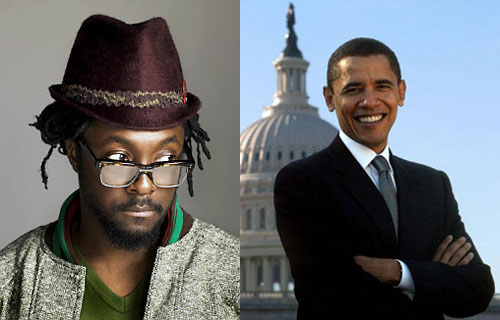 Finally, it’s over! After months and months of politically blabbering, when where ever you turned you’d hear only Obama vs McCain vs Palin vs Clinton vs bla bla, talks. I was beginning to have it up to here, you know. I can barely express how much I’m glad this whole elections mambo jambo is over.

As expected, everybody’s homeboy, Barack Obama, won easily over his republican counterpart today, open a new era of “Change.” Or so he promises and so we hope…

Across thousands of towns across the US you could hear the anthemic melody of “The Rising” by Bruce Springsteen, the victory song chosen by the soon to be President (he’ll take his place in office barely in January). It’s trully been a great day for all American people, and fellow inhabitants of the world as well. It’s a well known fact that the US is highly influential, when the rest of the world is concerned. A thoughtful and capable leader was, thus, necessary – a leader that would see that his country prospers and the world is a better place. I for one, live outside the states, but I’ve been in constant contact with the elections thanks various online/offline publications, and can now, heartfully, say good times are ‘a’ comin.’ Are we giving him too much credit? Maybe, but there’s always reasons to hope. For now, celebrations are in order.

Will.I.Am, an avid Obama fan, for one, decided to celebrate this recent vote for Democracy by doing what he does best: music. Already having two pro-Obama songs under his belt, after the somewhat well received “Yes We Can” and “We Are the Ones” (fucking chesee names, I know.), Will.I.Am promised to release a new song titled “It’s A Good Day,” this very day, if Obama wins. Apparently Mr. Barack Obama managed to succeed, but the new song, which was recorded last week, remains still unrevealed. The video for the song will make its appearance sometime soon. It will feature an all star cast, including Will.I.Am friends John Legend, Scarlett Johansson and Common.