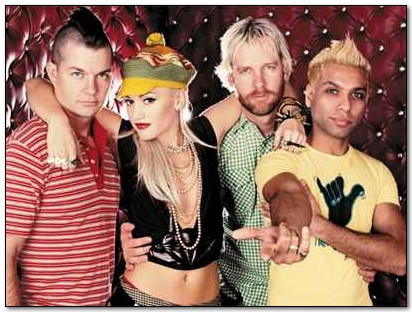 You’ve heard it right folks, [tag]No Doubt[/tag] is ready, after a 6 years period since their last album “Rock Steady”, to begin work on their sixth studio release. The lead vocalist of the group however, [tag]Gwen Stefani[/tag], will be touring through out the whole summer and fall, thus she won’t be able to join her fellow colleagues on the set. Drummer Adrian Young had this to add:

“The three of us are going to lay down some songs with music only,” said Adrian. “When she gets done with the tour we’ll all be there to do it. We’ve probably got four albums worth of ideas demoed.”

No Doubt promises that their future record will be like nothing they’ve played before, with a unique sound and with songs “are all over the place stylistically”. The band has been inactive for over 3 years now, during this time Gwen has released 2 big hit albums and traveled the world on tours, now that’s i call an active artist! Anyway, there is no further info on the upcoming No Doubt release, so let’s just wait and see.