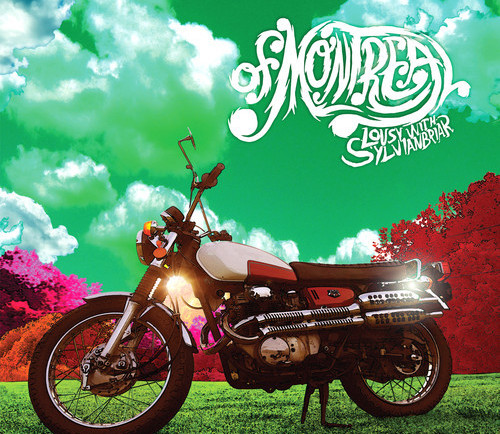 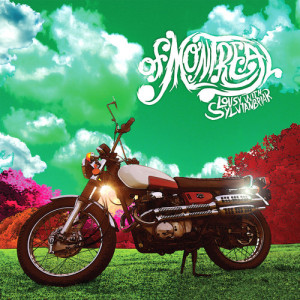 I have to admit that I love this band, it sounds so gay, wicked  and vintage, that only makes me wanna listen to them. So, the band announced that they are going to release a new album on October 8 which is going to be named: lousy with sylvianbriar.

Talking about the album, Kevin Barnes said that:

I knew I wanted the process to be more in line with the way people used to make albums in the late 60s and early 70s. I wanted to work fast and to maintain a high level of spontaneity and immediacy. I wanted the songs to be more lyric driven, and for the instrumental arrangements to be understated and uncluttered.

The thing I’ve been really inspired by is getting back to recording on an analog tape machine and getting back to making records like people used to make records. Back then, you were really reliant on your talents and really limited by what kind of gear you have and what kind of effects you have – not unlimited, like when you work with Pro Tools.

It seems that the album’s ‘heartbeat’ is going to be obsidian currents, which from what Barnes says, it’s actually autobiographical:

It’s one of those songs where you’re singing about yourself but you’re singing it from a different perspective, or it seems like you’re singing it about somebody else, but it’s actually just me criticizing myself, the way I can be – detached and sort of wanting myself to not continue down this dangerous path. My brother had a funny vision for that one. He said it was a superhero who got beat by his arch-nemesis, and the arch-nemesis has him tied in this dark cellar, and he’s saying these things to this superhero and forcing him to come to terms with his flaws.

But now you can only listen to one of the songs from this new album, fugitive air. (and I am not crazy, all these names are officially with lowercases). Enjoy this cute song!