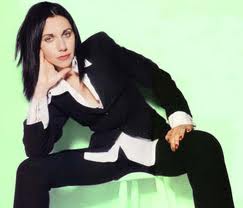 A glance into the explosive garage-rock scene of the early nineties, PJ Harvey is set to once more come forth and grace the stage for an end-of-October mini-tour extravaganza.
Playing in support of her latest album, two-and-a-half-year feat Let England Shake, Harvey has announced but five dates, all of which range in location from Sweden to the Czech Republic.

A wild and far cry from White Chalk (Harvey’s prior most recent release of 2007), Let England Shake exhibits a dark and somewhat atavistic nature; its tracks listen like strange, enthralling voices… The first few notes intrigue you, so you keep listening. You’re most likely somewhat sure of just what’s going on at about halfway through each track, but you still need to listen in for some reason you cannot begin to fathom…you will not begin to fathom. You’ll find yourself searching feverishly for the replay button as each song draws to a close, ready to listen to it once more.

Here are the five dates of the mini-tour:

For tickets, check out Harvey’s songkick.

For a show chalk-full of sensuous, stirring sounds, check out Harvey’s concerts.