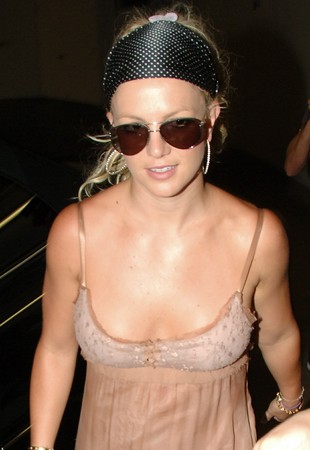 As you all probably know, the little spoiled princess of pop, [tag]Britney Spears[/tag] is busting her ass in the music studio, hard at work to produce the next teen sensation. Although she clearly isn’t a family icon or a bastion of virginity, her past sins will probably be erased, if she can release a smashing single. That’s a little hard i might add, as if the rest of the album sounds as terrible as the song, that was leaked today, then she’s in for a lot of trouble. The song’s called “Baby Boy“, a down-tempo ballad, in which Britney unsuccessfully tries out her false vocal skills. Terrible! You can listen to the song  down at Perez Hilton’s website.