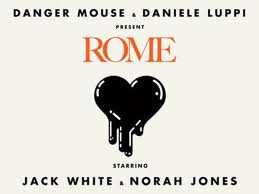 Paste Magazine’s “Producer of the Decade” is at it again; but, what exactly is he up to this time?

Danger Mouse, the stage name for versatile producer Brian Burton, has aided in bringing us many of our last decade’s favorite albums, from Gnarles Barkley‘s St. Elsewhere and The Odd Couple to the Black Keys’ Attack & Release and Brothers.  He has also collaborated with countless other musicians in his producing career…

So, what is it about Rome that makes it so special?

Since 2005, Burton has toyed with the idea for this “album”, but has only recently set his plan into motion. What exactly that plan is may as well be based on rumors at the current moment; even with various leaks and lists of contributors, the Rome project and its contents continue to remain slightly opaque.

Whether it is a project of filmography or a project of musical endeavor, Rome is a work which pays homage to the spaghetti-western era in Italy. During the 1960s and 1970s, the Italian film culture  showed a respectful  taste for American western filmography and took the  taste  back to Italy, where they re-vamped the genre into their own specific style. Thus, the spaghetti-western filmographic, and later musical, subgenre (then called things such as Italo-western and continental western) was born. 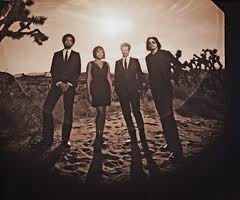 For this project, Burton teamed up with Daniele Luppi (an Italian composer notable for his soundtracks for Under the Tuscan Sun and Nine), a horde of elderly Italian studio musicians (many of whom were the original musicians from the spaghetti-western era), Jack White (of Third Man Records), and Norah Jones (singer/songwriter).

An unlikely match-up of vocal stylings, White and Jones (who each sing on 3 tracks) find the emotion of the music rather well on the album (based off of the few leaks sent out); his high, sharp voice, predominant on some tracks, matches her breathy, soft voice, predominant on others. Each vocalist, over classically-trained musicians’ scores, uses their haunting voice to create a very ominous sound, for lack of a better word; one gets the feeling of standing in a desert, with nothing around you and nowhere to go, underneath the unforgiving sun, on a very hot day. Honestly, that could be exactly the feeling that  Burton and Luppi had intended all along.

All of the recording and mixing for the album was done in Rome by the original studio musicians. Surprisingly, Jack White did none of the mixing himself, as he is famous for always having a hand in editing the projects he is involved in; the only thing he had to do was write the lyrics to the already composed and recorded tracks, which he did through improvisation while driving around in his car.

In any case, this album (to be dropped on May 16th in the UK and May 17th in the US) is sure to be a surprise; it could document personal occurrences in Burton’s life or it could very well be an attempt at the reintroduction of the spaghetti-western filmographic and musical style that both Burton and Luppi have respected for a good while.

If you want to experience a taste of the album before it is out (if you are feeling rebellious), you can get your free download of the track “Two Against One” (feat. Jack White) on iTunes now or watch the trailer for the album on YouTube. Norah Jones’ “Black” is also out for the listeners, on YouTube and iTunes.

To pre-order/buy the album directly from Danger Mouse and Daniele Luppi, click here. 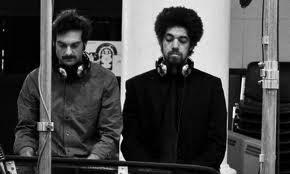