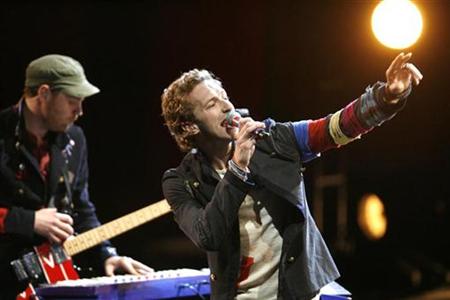 Coldplay have been really busy this year, after recording for a few good months in Spain’s Catalunia what would be their latest record “Viva La Vida or Death and All His Friends” and then going out on a huge world tour to support it. However, it seems the grueling recording sessions, with producer Brian Eno, resulted  in a lot of excess material; enough even for two albums! Anyway, Chris Martin just announced, while talking on BBC’s 6 Music to host Steve Lamacq and R.E.M. frontman Michael Stipe, that the Viva la Vida leftovers will get rehashed on a new EP titled Prospects March or Prospects Songs on December 26th. Quite the Christmas gift. Furthemore, Chris also said they’ll be prepping a new LP, too, as a new Coldplay album, with brand new stuff is in the works, with an apparent release date sometime at the end of 2009. “We’re gonna have another record ready by November 2009 to end the decade,” Martin said.