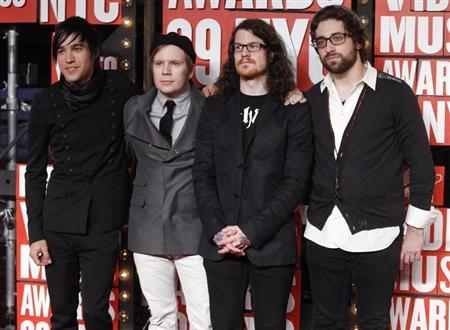 And they put out a brand new single called “My Songs Know What You Did in the Dark (Light Em Up).”  You can hear it below.  It lacks the power chords of their older stuff, and is clearly heavily influenced by the group’s solo outings.  “My Songs” comes off their forthcoming record Save Rock and Roll, which will come out in May.  A tour is to follow.

I liked Patrick’s solo record as much as anybody, but even I had to admit (in my review, no less) that I missed this band a lot.