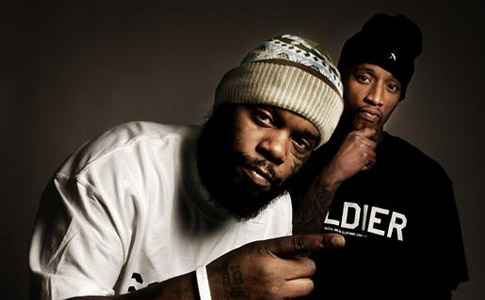 The legendary underground duo [tag]Smif-n-Wessun[/tag] have put out their highly anticipated album, Smif-n-Wessun: The Album, and have been moving like work horses to promote it. Receiving positive reviews and being called “a breath of fresh air in hip-hop” they sure have a lot to boast about. Debuting over 10 years ago and steadily putting out new material whether that be with their group the Boot Camp Click, the regular appearances on mixtapes, or the albums they push themselves, this group is never standing still. I recently talked with one half of the group, Tek, as he talked about his reasons for a single producer, his legal happenings, and future plans for Smf-n-Wessun.

ZME Music: What’s up?
Tek: Everything is beautiful now that the albums out.

ZME Music: First off Congrats on the new album.
Tek: Good looking. It’s great to be back.

ZME Music: How do you feel about this new album?
Tek: We’re ecstatic with it right now. It’s our baby so we’re runnin’ right with it. It defiantly feels good to have new material out that touches in every way.

ZME Music: Your group, Boot Camp Click, just came out with an album a couple of months ago did you work on both simultaneously?
Tek: A little bit. At the time we were recording in Sweden so when we were wrapping up at they were sending us beats from back home. So we just tied up the loose ends once we landed back in the N.Y.

ZME Music: Now I’m going to be real with you when I heard that your album was going to be produced by Ken Ring, a guy from Sweden, I was a little put off and disappointed. But when I heard it I was surprised. I mean it was banging. What made you work with him?
Tek: Thanks. That was a lot of people’s first reaction. They thought its just going to be some “check out myspace I got a thousand free beats take whichever one you can rhyme over”, but that was actually a relationship that was built over the years. Those are producers we have been working with. Like Coptic the Cocaine Cowboys, and Ken Ring, they did joints before on previous albums that we worked on so it just presented itself at the time to do the album. We were over there on a Boot Camp Tour, and when we weren’t doing shows we were just locking in about five or six songs, pushing, and recording. It was crazy the amount of music we had so we narrowed it down to 14 tracks. But there the best 14 we got on the album.

ZME Music: How do you think he handled the production?
Tek: I think they did an excellent job. What you think (laughs)?

ZME Music: It was crazy. I couldn’t believe a dude from Sweden did that (laughs).
Tek: Yeah. We have to open our minds and ears to other music. We can’t just think where we come from we got the best. Like rappers that that think they are the best right now because they’re region may be poppin’ or their city may be hot and forget what put them in a position to be where they’re at. But that’s like our team of Da Beatminerz over there. I mean, we still fuck with Da Beatminerz they still family, we just chose to go a separate rough and let Ken Ring shine and give him the whole opportunity to produce the whole album, like Da Beatminerz did for Da Shinin’.

ZME Music: You get pretty deep on this album with tracks like “Who Gunna Save Us” and “Still Fighting” what made you feel like touching on subjects like Katrina, the president, and the mentality of black America?
Tek: Cause that’s where we’re at right now man. Like its parties that’s there that are not given the proper platform to be heard, and once we have that platform we speak for all those parties. I mean we speak for the prisoners of war, we speak for the have-nots that are still locked up, the ones that are not snitching, handling their time like real solders be it man or woman. We got families. I mean we were getting calls about stuff that was occurring back in our hood back home, and we were also seeing racism right in front of us so that was something we felt needed to be said at the time. I mean but we still party it up on the album man. It just shows Gemini in me and Steele. 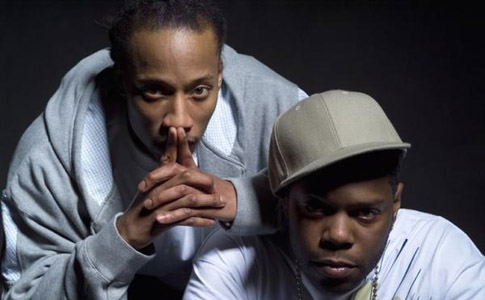 ZME Music: I feel you man I’m a Gemini myself.
Tek: Yes’ur (laughs).

ZME Music: I saw the videos for your two singles “Gotta Say It” and “Stomp”, and they were drastically different. I mean one you were partying in Costa Rica and the other you’re swinging mallets with Joell Ortiz and Rock. What made you pick those two singles?
Tek: Well we wanted to show two sides of us you know. One is the party going crazy doing it big type of appeal and the other, Stomp, we wanted to show that we were still gutter and show how we do in the streets. We needed to let them know we could still bang with the best of em’.

ZME Music: You and Steele have been making records for over 10 years now. What has changed from when you started to where you are now?
Tek: Wow. I mean a lot has changed and a lot has stayed the same. I mean you know were still the same Smif-n-Wessun the same Tek and Steele we still run with the Boot Camp Click and were still delivering that heat. What’s changed… the trends there are a lot of changes that are going on in hip-hop man you know, the dance moves, the style of cloths its crazy.

ZME Music: Now you two have had a few legal issues in your hip-hop carrier, so my first question is how did you get your name back?
Tek: We fought and fought for it. It was hard but worth it man. We got it back.

ZME Music: You also were signed with Rawkus and of course they went under before you were able to put out your album did that set you back any?
Tek: Naw man, what doesn’t kill us makes us stronger man. We’ve been though a lot worse than that man. We’re from the streets we had nothing man so compared to that the Rawkus thing was nothing really. If anything it helped us move forward and we learned from it. I mean since then we came out with 3 Boot Camp Click albums and two Smif-n-Wessun albums man. And now you see they’re coming back up with some new people so we’re both doing our thing.

ZME Music: Would you ever sign with them again?
Tek: Not unless they gave me like five mil up front. Yea give both me and Steele 5 million up front and we’d sign.

ZME Music: Now you are holding a contest of sorts where you tell people to send in beats and remix your tracks and send them in and they’ll be able to do a real song with you two how did that come about?
Tek: Well we always want to give back because we were in that position of trying to get our foot in the door at one point, so we talked it over and thought of this up you know, and any producer can enter and do what they gotta do. We’re just giving back man and possibly getting a new producer for us at the same time it’s a win-win.

ZME Music: So excluding anyone in Boot Camp Click, who do you like in the game right now?
Tek: Well… umm Rock and Sean Price… Starang Wondah, Top Dog, Louieville Sluggah, ummm Tek, Steele (laugh). Seriously, I mean I cant really say that cause if I do you know I’d look back and be like man I missed somebody you know, its too many.

ZME Music: So the Hip-Hop Honors has come and gone who would you honor?
Tek: Run-DMC, Slick Rick, 2Pac, KRS One, Kool Herc, Eric B and Rakim, you know people who pioneered it and have been forgoten in hip-hop.

ZME Music: So whats next for Smif-N-Wessun?
Tek: Grinding, working, and touring. Right now we’re touring in Europe and after that we’ll be moving through Asia and then we’ll come home and see whats after that.

ZME Music: So before we get out of here anything you wanna say to up and coming rappers and producers out there?
Tek: Yea man, just remember to keep grinding, keep pushing and keep moving to your dreams man. It aint easy but don’t give up man.