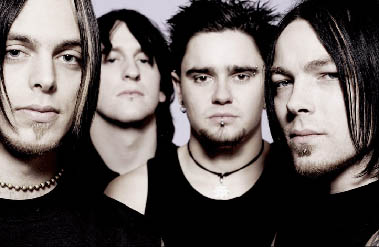 From their recently released `Scream Aim Fire’, Bullet For my Valentine prepares the next single, Waking the Demon. Having thoroughly listened to the album, I doubt this is the best decision they could have made.

Inspired from what just may be a teenagers worst nightmare, getting bullied at school, it could just be the hardest song from the album, but it’s by no means the best. But it has a great importance for the band members, being inspired by their own experiences of getting beat up at school because they had long hair or because they were in a band. Ignorant hater kids.

According to Bullet For My Valentine’s vocalist/lyricist Matt Tuck,

“‘Waking the Demon’ is about finding someone’s inner demon. Most of us in the band got pushed around in school so the song is about getting tormented, day in and day out for years, and then one day – ‘snap!’ – like that!”

The video was directed by Max Nichols (son of Academy Award-winning director Mike). What the great news is here (at least for me) is that while re-listening to their album after a few weeks without it, it still sounded great! So a thumbs up for their release.