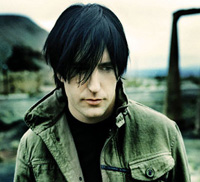 [tag]Nine Inch Nails[/tag] frontman, Trent  Reznor, has recently revealed the “sales numbers” of his latest project, which he participated as a producer for [tag]Saul Williams[/tag]’s third album The Inevitable Rise and Liberation of NiggyTardust. The record was distributed exclusively in digital version via niggytardust.com and came in two versions: a free download limited to 192kbps MP3s and a $5 version, that gives the choice of downloading 192kps MP3 version, 320kbps MP3 version or lossless FLAC version. For those who live under a rock, this is called ‘doing a Radiohead.’

The report, Trent supplied to the press, looks as following: since Nov. 1, 154,449 people had downloaded the record; of those, 28,322, or 18.3%, chose to pay anything for it. Of those paying, 3220 chose 192kbps MP3, 19,764 chose 320kbps MP3 and 5338 chose FLAC.  That sorta translates in 1 out of 5 people paying for the album, which to me sounds great and considering Saul Williams’ previous self titled release sold only 33,897 copies and that not one single cent was spent on NiggyTardust’s promotion , Trent bitching seems a bit out of line.

“Here’s what I was thinking: Fans are interested in music as soon as it’s available (that’s a good thing, remember) and usually that’s a leak from the label’s manufacturing plants,” he wrote. “Offering the record digitally as its first appearance in the marketplace eliminates that problem. I thought if you offered the whole record free at reasonable quality — no strings attached — and offered a hassle free way to show support that clearly goes straight to the artists who made it at an unquestionably low price, people would “do the right thing.” said Trent, he also adds:

“Is it good news that less than one in five feel it was worth $5? I’m not sure what I was expecting but that percentage — primarily from fans — seems disheartening.”

What Trent needs to keep in mind is that Williams is by far no [tag]Radiohead[/tag] and people will always take the free ride when given the opportunity. At least they gave it for free via the website, instead of finding it on some bittorrent.The industry isn’t quite ready for this, still eccentric and controversial, independent musical movement; this latest figures only prove that to be successful with such a endeavor, you have to be ‘big.’ I’m only curious to see how NIN’s next album will turn out, as I’m pretty sure they’ll pull the same stunt.