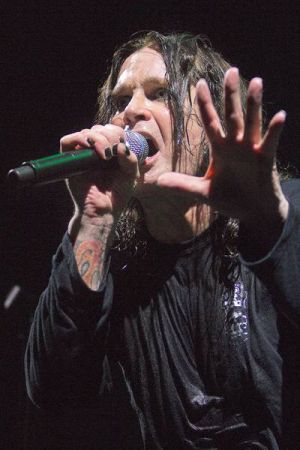 In case you have no idea whatsoever what Ozzfest is, here’s a quick reminder for you (although you don’t deserve it! how can you not know what Ozzfest is ?!). Ozzfest is an annual tour of the United States (and in some years, Europe) featuring performances by some of the greatest singers out there. We’re talking about metal and hardcore stuff here; hard rock at its best!So, just as with 2007, a shortened tour is expected, with enough bands to fill the limited days which still remained in the tour. Here’s a list of some of the bands which could perform this year:

Unfortunately, it’s still unclear whether Ozzy will play with Black Sabbath or not. We would be sooo please to see the band in another run! But it seems that chances are pretty slim, and he will probably perform alone. Entrance may or may not be free, that is still unknown.

The ozz man said that “as far as I know” when quizzed over his headlining the summer roadshow. Regarding Sabbath he simply stated, “I’m the last person to be told anything. I’d love to do another [Black] Sabbath album. There are a bunch of things written. But the problem I’m having is it’s got to be at least on the same level as when we departed. If it’s not, then what’s the point in doing it?”
Ozzfest 2007 featured the following criterion:

01. Tickets/Entrance was free
02. Ozzy Osbourne headlined (…and debuted new music from Black Rain)
03. It was a 25-date haul that kicked off in LA on July 7