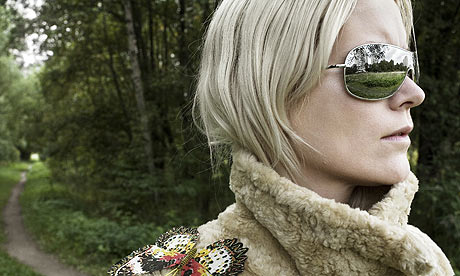 During her recent summer tour, Karin Andresson released a very limited edition 7″, featuring her covering Vashti Bunyan’s “Here Before” and Nick Cave & the Bad Seeds’ “Stranger Than Kindness.” Both are excellent, but I found the Nick Cave one strangely interesting. The original is soberly dark, but this Fever Ray version dwells even further, exploring well beyond its limits, thus delivering an even darker, but sensual take. Her drum beats signature sound seals it for good, from the song’s very beginning, as her own, making it feel like a regular track off Fever Ray’s self titled. You can buy the 7″ from Rough Trade Records, but it seems to be sold out at the moment. [via Pop Tarts Suck Toasted]