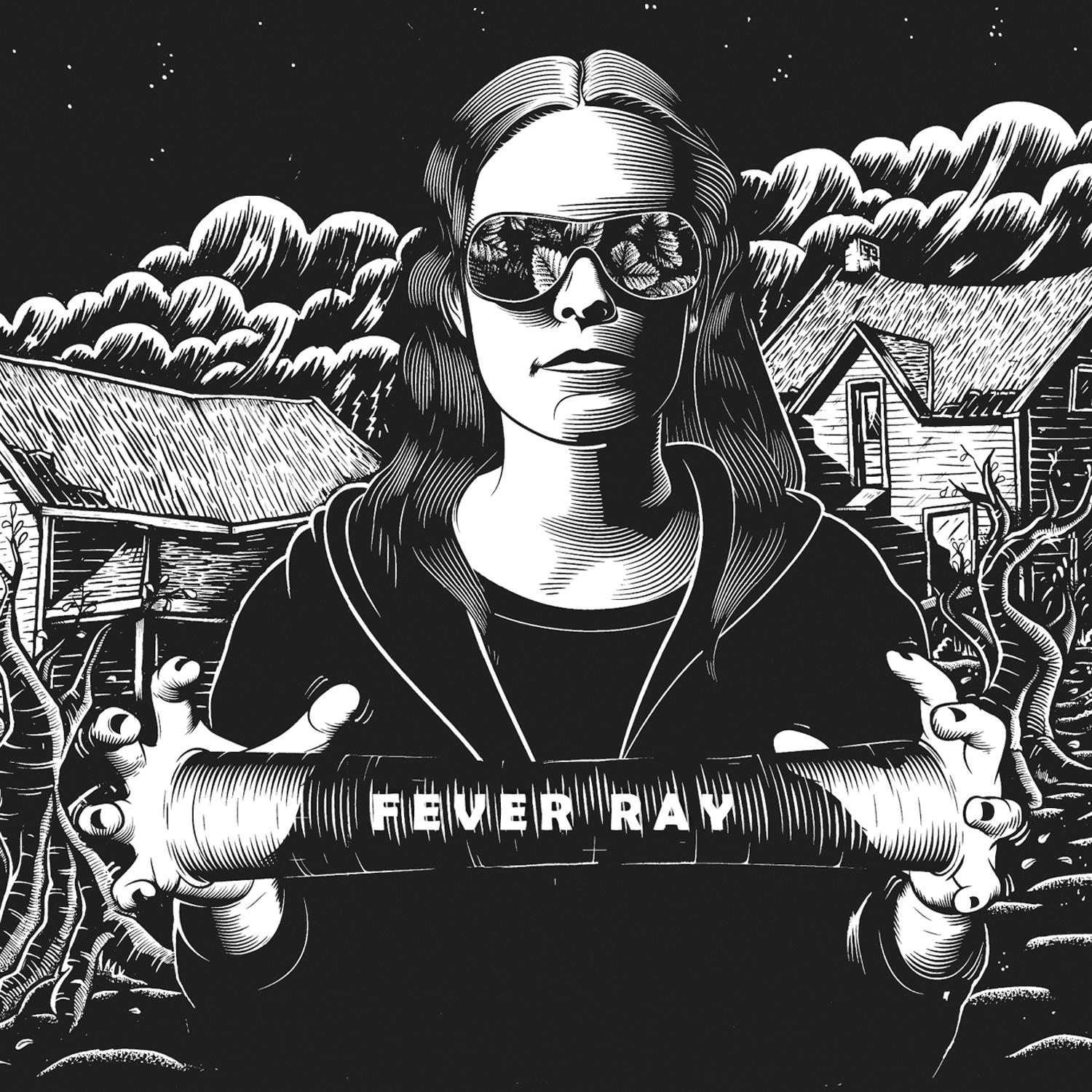 I’ll admit that I was probably not the obvious choice to review this album. Not only is the world of electronic music a distant, confusing galaxy to my feeble, earth-bound, two-guitars-and-the-truth brain, but I’m also overcome by an unhealthy amount of uncontrollable hate when confronted by the vast array of commericial “chillout” electronica, all of which sounds like less-memorable versions of songs off Moby’s Play to me. Not to mention my incredibly consistent ability to miss the zeitgeist by a number of years – the press release for Fever Ray informed me that it’s the solo project of Karin Dreijer Andersson, who is, apparently, one half of popular beat combo The Knife. Who appear to have released an album of some popularity a few years back: Silent Shout – the album in question – was even on the receiving end of Pitchfork’s Best of 2006 award. All of which was news to me. Presumably, this means that I missed a million dead-eyed hipsters and their mothers literally wetting themselves over it.

Of course, in the name of research, I looked up the album’s title track on Youtube to see what exactly the hubbub had been all about. And, hoo boy, let me tell you: I might as well have self-flaggelated with a length of barbed wire while watching MTV’s My Super-Sweet Sixteenth – as I slowly skinned myself in a gigantic vat of sand – for all the joy it brought me. I don’t know if it’s a case of me being deathly allergic to thumping house beats (and that’s very possible – it’s by far the most vacuous, empty form of music imaginable) or if it’s just a rubbish song that picked up steam thanks to Pitchfork’s hateful influence, but I really couldn’t find a single thing to like about the song.

So it’s with an air of grateful bewilderment that I find myself really-quite-liking Fever Ray. It combines the quiet, ambient listenability of Moby’s better songs with a streak of pseudo-Bjorkian weirdness, which keeps it from falling into the perilous snakepit of mind-snapping awfulness that similar records stumble into almost willingly. The Bjork-isms seem quite fitting, really, given Andersson’s Scandinavian descent, although she seems to channel her weirdness in different ways to the singer-who-wears-swans.

One way the weirdness comes across – probably the most immediately obvious way – is the disconcerting pitchshifting that’s going on with her voice: her treated vocals are at once feminine and deeply masculine, leading to some hiliarious angrogyny. (A friend of mine flatly refused to believe it was a girl singing sometimes.) Lead single, and best song of the lot, “If I Had A Heart”, smolders with spooky, double-tracked vocals over a bassy, almost-tribal electronic backing. It’s a wonderful, insistent, attention-grabbing start to the album which predisposes you to looking kindly over the rest of the album, which, despite being pretty good in its own right, never quite reaches the same heights again. (Closest contender is the next track, “Grow Up”, which is like some sort of subverted, deeply scarred redux of the Pussycat Dolls’ “When I Grow Up”.)

There’s also a prevalent streak of weirdness in the lyrics Andersson conjures up. She has a habit of being very, very literal, while negletcting to make a lot of sense, thus making the lyrics seem more like fragments of a confusing dream rather than any deliberate statement. Then again, she recorded this album after the birth of her second child, so perhaps they’re just the result of a constant state of befuddled sleep-deprivation. What this leaves us with is a record full of half-poetic, half-nonsensical notions. Take, for example, this snippet from “Grow Up”: ‘You’ve got cucumbers on your eyes/ Too much time spent on nothing’. Or, from “Triangle Walks”: ‘Magpies, I throw sticks at them/ They laugh behind my back’. It’s a hazy recollection of a moment rather than a coherent piece of imagery.

Which is, of course, fine, and it works well across the course of this album. Ultimately, it’s not an album I’ll listen to fully very often – although “If I Had A Heart” has been on my playlist a lot over the last few days – but that’s probably more down to personal preference than any sort of slight on the album itself: it’s a strong piece of work. And it’s certainly more friendly to the ear than The Knife. Then again, so is an actual knife, so… yeah.