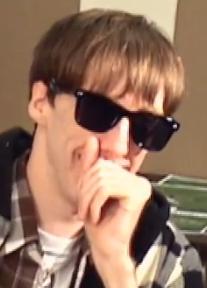 Buddyhead just recently caught up with the Deerhunter/Atlas Sound frontman Brandford Cox and made this … let’s say insightful interview. Don’t threat guys, he’s not robotripping, he’s just got some sort of weird ass flu (swine flu maybe?!). The dude’s still very much insane though! The interview peaks at well over 20 mins, but it’s definitely fun to watch Cox babbling like he’s on two tons of acid. Haha!

Atlas Sound’s new record, “Logos,” will be out October 20 via Kranky Records.

My Boyfriend’s Dead: Buddyhead VS Deerhunter from Buddyhead on Vimeo.