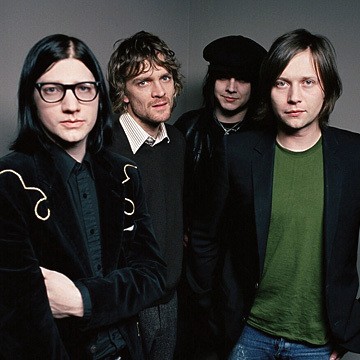 OK, this is definitely one of the biggest issues of the music industry – it could just be the biggest. With the ever growing influence and power of the internet, it’s only natural that artist would seek a cheaper yet more effective way of promoting himself. Also, the internet has some other advantages, such as the fact that it appeals to a way larger number of people and there are no deadlines, no nothing.

After Radiohead, who mostly made this trend what it is today and NIN who made a great job at screwing the record labels and a terrible job at singing, the Raconteurs have attacked record labels – accusing them of giving up on their artists if albums fail to achieve quick success. Who cares to pick a bet that their next album is going to be released via the internet?

“They stop. They consider it a failure. They are completely losing the plot,” explained the band’s guitarist Brendon Benson.

Benson said that record companies needed to “gamble” and “put more money into artist development.”
Also, Jack White spoke his mind about it in the Sun on 8th May:

“A lot of critics were just pissed at the idea and were like, ‘I’m trashing it whatever’ but if you go down to a different level — the blogs and college stations and papers — they were all raving,” White said.
“They had less to lose on the ego front.”

Yes we were; while I really don’t have a thing for them and listen to their music purely in a “I’ll check them out” kinda way, I have to say that with this record they exceeded my expectations – and not just mine, but many others’ too. So go for it dudes, kick the record labels in the balls testicles.